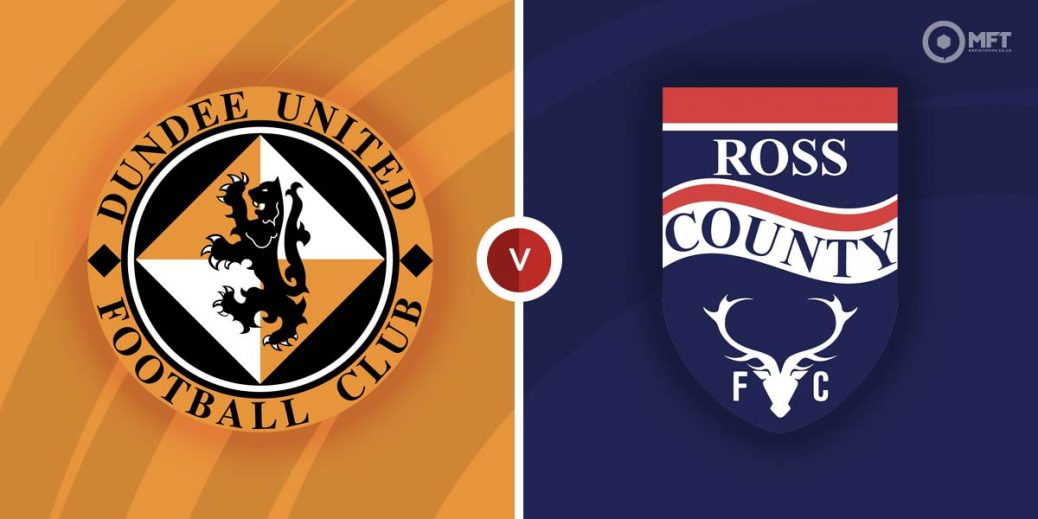 The Tannadice side survived a tricky trip to Kilmarnock in the cup, winning 2-1 in extra-time after my tip of the draw at 90 minutes came up.

That ended a six-game losing streak that had seen Dundee United slip out of the Premiership top six so it's imperative they follow it up with another win against the Staggies.

Ross County's fortunes have been almost the polar opposite, with Malky Mackay's men crashing out of the cup at Livingston amidst a run that had seen them lose just twice in nine league games.

That Premiership revival has seen them climb five points clear of the drop zone and a County win at Tannadice would narrow the gap on Dundee United to just a point.

Rangers, Celtic and Hearts are the only teams to have beaten the Staggies in the league since October so they will travel south full of confidence, despite that weekend cup exit.

Ross County are as big as 21/10 with Betfair, which looks overpriced on their current league form. Dundee United's best price is 6/4 with SkyBet while the draw pays 11/5 at Betfair.

Dundee United have edged the head to head in recent years, with the last 12 meetings producing six victories for the Tannadice men and four defeats.

This is the third time they have faced off this season, with a 1-0 victory for Dundee United at Tannadice (below) followed by a 1-1 draw in Dingwall.

Marc McNulty's season has been disrupted by injury but he has started the last two games for Dundee United and grabbed his first goal of the season at Killie on Saturday. The former Scotland cap is 12/5 with Paddy Power for anytime scorer which looks a good price if Courts (below) starts him again.

Regan Charles-Cook has been Ross County's brightest spark this season and netted twice in their last league game against Motherwell. He stayed on the bench at the weekend so should be fully charged for this game and is also a tempting price at 3/1 with Paddy Power for a goal.

Ross County drew a blank at the weekend but the goals have been flowing for them in the league. BTTS has come up in the last six league games for McKay's team so I fancy it here at 10/11 with SBK.

Dundee United's Callum Butcher has one of the worst disciplinary records in Scotland, with six yellows and a red in his last eight appearances. It's unsure if Butcher will start here after being benched for their last Premiership game but he was booked once more against Killie in the cup. If the midfielder starts he's great value at 7/5 with Bet365 to be carded.

This Scottish Premiership match between Dundee United and Ross County will be played on Jan 26, 2022 and kick off at 19:45. Check below for our tipsters best Dundee United vs Ross County prediction. You may also visit our dedicated betting previews section for the most up to date previews.