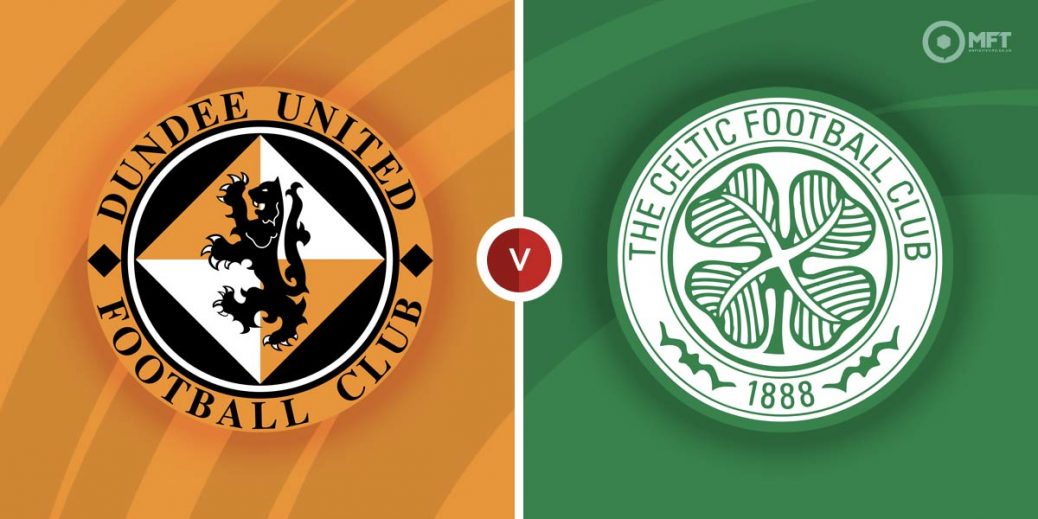 CELTIC officially surrendered the Premiership crown when they last faced Dundee United on Tayside but return to Tannadice bang in the hunt for this season's title.

New gaffer Ange Postecoglou has started to find some consistency and the 1-0 midweek win over Hearts made it 11 domestic games unbeaten as the Hoops stayed four points behind Rangers at the top.

But that victory came at a cost, with creative spark Jota pulling up with a hamstring injury and defenders Tony Ralston and Stephen Welsh also limping out of action.

It looks like Postecoglou's squad will be stretched during a hectic festive fixture schedule before the Aussie gets the chance to reinforce in the January window.

And with such a short turnaround between Thursday night's win and this Sunday lunchtime clash, the Parkhead side will need to dig deep to see off United.

Tam Courts' men actually sat above Celtic in the early weeks of the season after an impressive start that included a memorable 1-0 win over Rangers at Tannadice.

But their form has tailed off in the last few weeks, with a 1-0 midweek loss at Motherwell making it just one win in six for United. They need something to spark their season back to life and a win over the Hoops would certainly fit the bill.

Celtic remain odds-on favourites at a best 7/18 with SBK despite their mounting injury problems. Dundee United are as big as 9/1 at Coral while the draw pays 4/1 with Bet365.

United bust a few coupons, including mine, when they claimed a 1-1 draw at Celtic Park earlier in the season (below). The last Tannadice meeting also finished level, with a 0-0 draw at the tail end of last season officially ending Celtic's nine-year rein as top dogs in Scotland's top flight.

But the Hoops have largely dominated this fixture, going 12 games unbeaten and winning nine of those games.

The goals have dried up for United of late, with just four scored across their last five games, but long-odds punters might fancy a bet on Charlie Mulgrew coming back to haunt his old club. The free-kick specialist is 10/1 at McBookie for anytime scorer but might be better for an assist once that market is priced up.

Postecoglou (below) will need to make a few changes for Celtic due to injuries and I'd expect Liel Abada to come back in down the right. The Israeli kid has shown an eye for goal so far and is 13/5 with Paddy Power to grab one here.

Rangers failed to break down United's defence when they lost 1-0 at Tannadice earlier this season and it could be tight again if Celtic fail to get an early breakthrough. Betting against BTTS looks the shout and that pays 3/4 with BoyleSports. Those odds aren't great but under 2.5 goals offers more value at 11/10 with the same firm.

I'd expect United to defend deep and try to hit Celtic on the break. It could take time for the game to open up so try backing the second half for most goals at 21/20 with Bet365.

There has been a one-goal winning margin in the last four Hoops games and a repeat at Tannadice pays a decent 19/10 at McBookie.

Postecoglou's side continue to rack up corners and backing them to win over 7.5 in this game pays 6/5 at McBookie.

This Scottish Premiership match between Dundee United and Celtic will be played on Dec 5, 2021 and kick off at 12:00. Check below for our tipsters best Dundee United vs Celtic prediction. You may also visit our dedicated betting previews section for the most up to date previews.