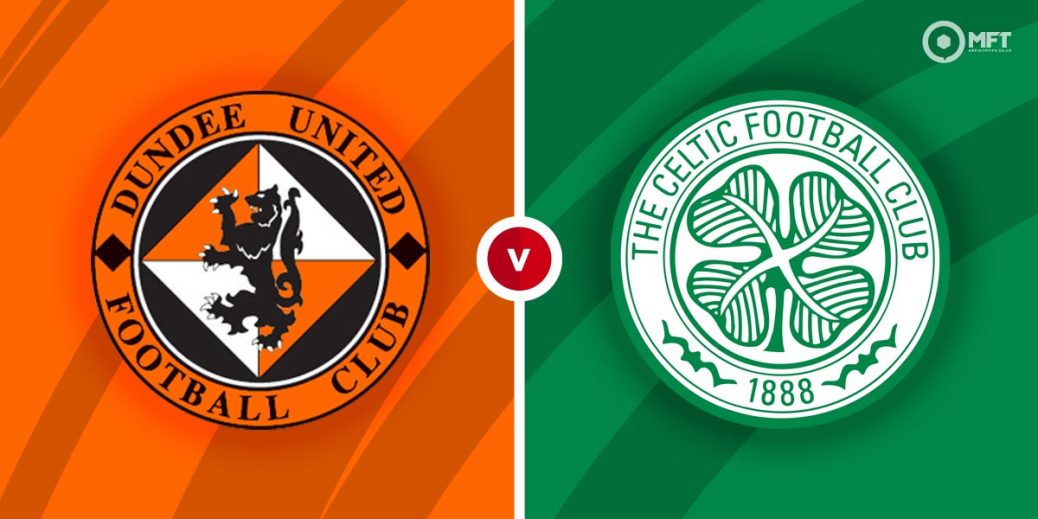 CELTIC are close to being put out of their Premiership misery but they will still be desperate to beat Dundee United and delay the coronation of bitter rivals Rangers.

The quest for 10 in a row has turned into a catastrophe and Hoops fans now face the terrifying prospect of Rangers either sealing the title at Parkhead or running out as the newly crowned champions.

Celtic need to win today at Tannadice then inflict Rangers' first league defeat to avoid both those scenarios but with the way this campaign has gone you wouldn't bet on them pulling it off.

Neil Lennon was finally axed after losing at struggling Ross County and John Kennedy's reign as caretaker began with a 1-0 win over Aberdeen that brought up one of my bets last weekend.

But it was far from a convincing performance and the Hoops now face a Dundee United side looking to keep their faint top-six hopes alive.

Micky Mellon's men can move just a point behind sixth-placed St Mirren with a win here, setting up a thrilling final round of fixtures before the league split.

United have won just two of their last 12 games, however, so it would be a surprise if they collected all three points.

Dundee United are as big as 9/1 with Skybet which might attract a few punters given how Celtic's season has unravelled. The Hoops offer little value at a best 3/8 with SBK while the draw pays 9/2 at Skybet.

Celtic have won the last nine meetings, conceding just two goals in the process. A late Albian Ajeti strike secured a 1-0 win on their last visit to Tannadice in August (below) before the Hoops won 3-0 at Parkhead in December.

Dundee United's last win in the fixture came in 2014 when they triumphed 2-1 at Tannadice with future Celtic players Nadir Ciftci and Stuart Armstrong scoring their goals.

Ryan Christie (below) was in and out of the side in the final few weeks of Lennon's reign but started in the win over Aberdeen under Kennedy. He's always a goal threat and is 3/1 with TonyBet for a goal. McBookie also offer a tempting 10/1 on him scoring from outside the box.

Lawrence Shankland could get some joy against an unconvincing Celtic defence and the Scotland striker is 14/5 with TonyBet for a goal.

United sat back and tried to frustrate Celtic in their last clash at Tannadice but I'd be surprised if Mellon used the same approach here as United need a victory to stay in the top-six hunt.

So it should be more open and I'm going for over 2.5 goals at 4/6 with McBookie which is a decent option for accumulators. Both teams to score also appeals at 15/13 with SportNation.

United's Callum Butcher has collected 10 yellows this season, with three bookings in his last four appearances. That makes him decent value to be carded at 9/5 with William Hill.

This Scottish Premiership match between Dundee United and Celtic will be played on Mar 7, 2021 and kick off at 12:00. Check below for our tipsters best Dundee United vs Celtic prediction. You may also visit our dedicated betting previews section for the most up to date previews.

BET HERE
Sign up at TonyBet, make your first deposit and receive 100% of this amount as a welcome gift. Bonus code TONY50. Wagering requirements 10x deposit on betting markets with odds of at least 1.65 within 30 days. 18+ T&Cs apply.
🔗 Share Your Predictions on Social Media
Follow @Mrfixitstips
3 Comments