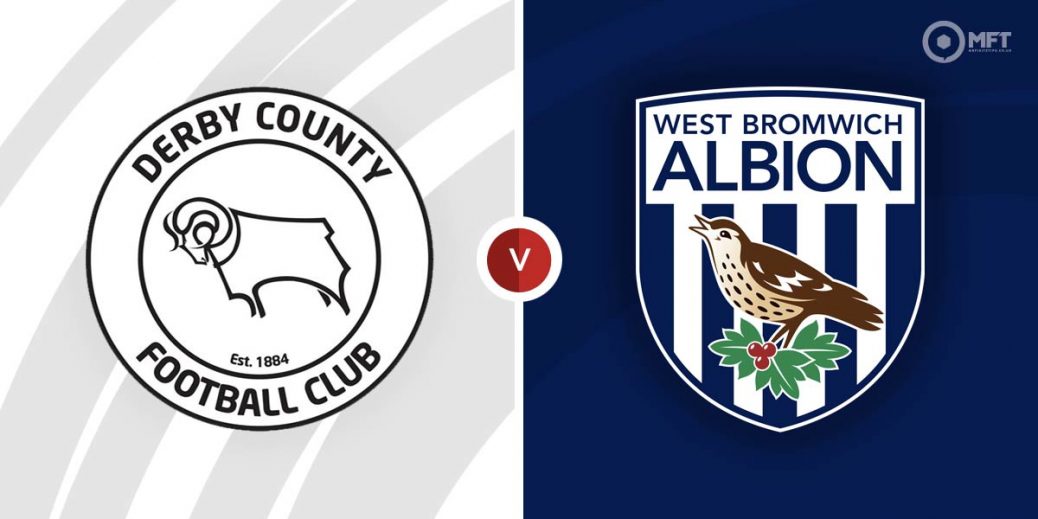 A STAGGERING 37 points separate West Brom from Derby County, but all is not what it seems in this English Championship clash on Monday afternoon.

Wayne Rooney's side are on four points at the bottom – some 17 points from safety. But their position is of course distorted because of the 21 points in total they have had deducted. They lost 12 points and then a further nine later in the season.

They'd still be in serious trouble even without the forfeit after a fairly miserable season and they have to claw back points as a matter of urgency to have any hope of surviving the drop to the third tier.

Promotion-chasing West Brom sit in fourth ahead of the Christmas fixtures and that's pretty disappointing too for the Baggies, who have lost the joint least number of games in the league, but have drawn far too many matches.

A prime example was their hugely frustrating foggy draw at Barnsley in the last game. They camped in the Barnsley half at Oakwell, but couldn't find the goal to make the breakthrough.

County come onto this game on the back of a decent win against Blackpool which may yet offer them some encouragement.

West Brom are odds-on favourites, but the 8/9 with SBK are not too prohibitive to back for most punters. Derby can be backed at 19/5 with Unibet and the draw is 5/2 with bet365.

The sides fought out a goalless draw at The Hawthorns in September as can be seen below.

Luke Plange was the hero in Derby's last game when he netted the only goal against Blackpool in his first start for the club. He's 7/2 to score against WBA.

Karlan Grant didn't have his greatest game against Barnsley in his last outing, but his nine goals so far this season would suggest that was an off day. He's 37/20 with Unibet to score at Pride Park.

Derby have drawn more games than anyone else in the league with ten matches finishing in a stalemate and West Browm are third in the draw table…and this could add to their tally.

The Rams aren't going down without a fight and they have a decent reciord at home where they have only lost two of the 11 games they have played.

West Brom have won four, drawn four and lost four on their travels and are too short to trust at odds-on, especially given how much they struggled when Barnsley made it difficult for them in their last game

Seven of the Baggies' last eight games have gone under 2.5 goals and three of Derby's last four so SBK's 14/19 on unders looks a solid shout in what could be a tight and tousy affair.