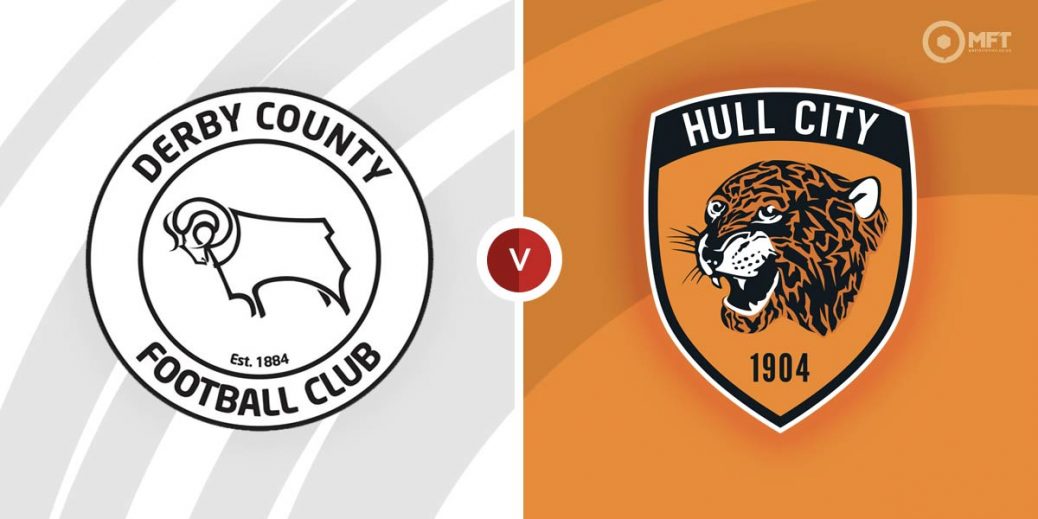 Derby County continue their quest for survival as they host Hull City in a midweek English Championship fixture. The Rams have been solid at Pride Park in recent weeks and should have the edge over Hull, who have struggled on the road.

Derby County have been slowly piecing together a string of positive results as they look to pull off the great escape this season. They remain in the bottom three but are now just seven points from safety.

Wayne Rooney’s men have taken a slight hit in their quest for survival in recent weeks as they are winless in their last three Championship matches. They suffered a 2-0 defeat at Huddersfield Town in their previous fixture, failing to recover following an early red card to defender Richard Stearman.

The good news for Derby County is they have maintained a solid home record with three wins and a draw from their last four matches at Pride Park. That run has been driven by a solid defence which has kept three clean sheets.

Sitting in 19th on the table, Hull City are also looking to maintain their 12-point gap above their relegation zone. They have shown some good form lately, claiming three wins from their last four matches.

Hull City’s winning run was ended last time out following a 1-0 home defeat to Preston North End. They looked lively for much of the contest and had chances to score but were let down by some poor finishing.

Shota Arveladze's men have also found things difficult on their recent travels with two defeats in their last three away matches.

Derby County have the edge among the bookies and are priced at 17/12 by Vbet to claim the win. A victory for Hull City is valued at 40/17 by SBK while bet365 is offering odds of 9/4 for a draw.

Derby County often come out on top in this fixture have claimed five wins from the last six matches against Hull City. The Rams have won the last two meetings and triumphed 1-0 in the reverse fixture back in August.

Derby County’s recent home form has been driven by a solid backline that has kept three clean sheets in their last four matches. Curtis Davies has been a mainstay at the heart of the defence and can guide the Rams to another clean sheet at 7/4 with Skybet.

At the other end of the pitch, Tom Lawrence remains the top scorer for Derby County and will be the one to watch on Tuesday. Paddy Power has the midfielder at odds of 11/4 to get on the score sheet.

Derby County and Hull City have shown some defensive solidity in recent weeks so BTTS NO could be considered at 9/10 with BetVictor. Under 2.5 goals can also be considered at odds of 31/50 with William Hill.

Derby County have won to nil in their last two matches against Hull City and could be set for a repeat at 11/4 with bet365.

This English Championship match between Derby County and Hull City will be played on Feb 8, 2022 and kick off at 19:45. Check below for our tipsters best Derby County vs Hull City prediction. You may also visit our dedicated betting previews section for the most up to date previews.