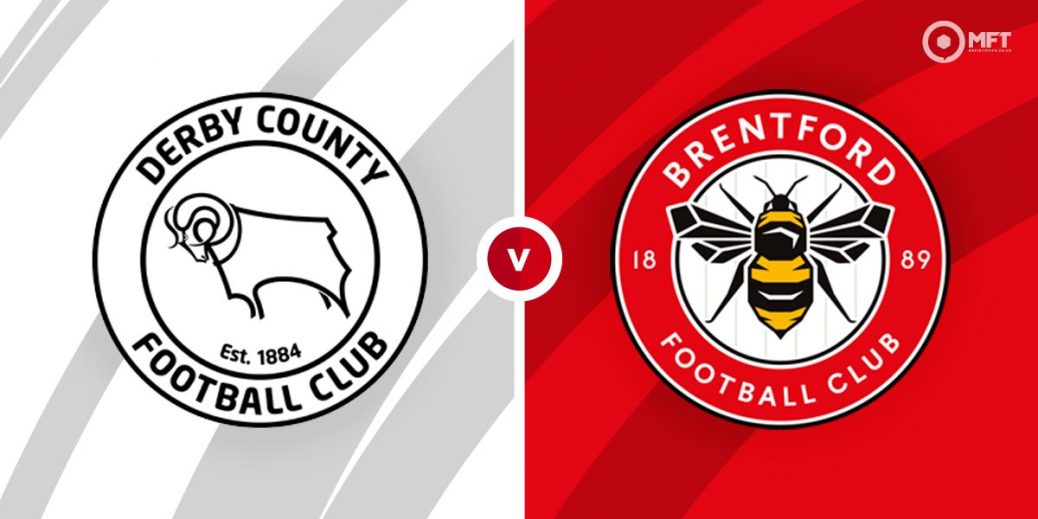 Brentford continue their quest for a playoff finish as they face Derby County in a midweek English Championship clash at Pride Park. They still have eyes on one of the automatic promotion places and should be too strong for an out of sorts Derby team.

The Bees earned a 1-0 victory at Blackburn in their previous Championship fixture. Ivan Toney's penalty early in the first half proved to be the difference as they withstood some intense pressure from Rovers to secure the win.

After stumbling slightly in February, Brentford appear to finally have their promotion quest back on track with three wins from their last four matches. They remain fourth on the table and in the mix for automatic promotion with just three points separating them and second place Watford.

Thomas Frank’s men are often impressive going forward and are the leading scorers in the Championship this season. They have also found a way to strike the balance at the back and are among the meanest defence this term.

Derby County are coming off yet another defeat as they lost 1-0 at home to Millwall in their last Championship fixture. They were punished for their wastefulness in front of goal as Millwall scored off their only attempt on target.

The Rams have been on a free fall in recent weeks and are now seven points above the relegation zone. Wayne Rooney’s men are winless in their last five matches, a run that includes a 4-0 defeat to Cardiff City.

One of the reasons for Derby County's struggles in recent weeks is that the goals appear to have dried up. They have found the net just once in their last four matches and are currently on a four-match scoreless run.

Brentford have been installed as favourites by the bookies with William Hill backing the Bees at evens to claim the victory. Derby County are outsiders at home at 3/1 with Unibet while bet365 is offering 13/5 for a draw.

With Derby County looking out of sorts at the moment, I am tempted to side with the bookies and lean towards a victory for Brentford.

Derby County have a slight edge in this fixture with 10 wins from 24 previous matches. Brentford have claimed nine wins while a there have been five stalemates between both teams, including a 0-0 draw in the reverse fixture back in December.

Brentford have the edge in recent meetings with two wins from the last three matches, including a 3-1 victory on their last visit to Pride Park.

Striker Colin Kazim-Richards is in the middle of a four-match goal drought but remains the top scorer for Derby with seven goals. Bet365 has the striker at 10/3 to score anytime while the first goal is valued at 9/1 by the same firm.

Brentford will look to Championship top scorer Ivan Toney to provide the spark in attack as he looks to add to his 26 goals this season. The striker is priced at 10/11 by Vbet in the anytime goalscorer market while the first goal is valued at 11/4 by bet365.

Derby County have failed to score in their last four matches are likely to serve up another blank at 37/25 by Sporting Index. The Rams’ attacking problems means Brentford could also be backed to keep a clean sheet at 6/4 with bet365.

A win to nil for Brentford could also be worth a punt at 43/20 with Sporting Index while a -1 handicap is priced at 3/1 by BetVictor.

This English Championship match between Derby County and Brentford will be played on Mar 16, 2021 and kick off at 19:00. Check below for our tipsters best Derby County vs Brentford prediction. You may also visit our dedicated betting previews section for the most up to date previews.