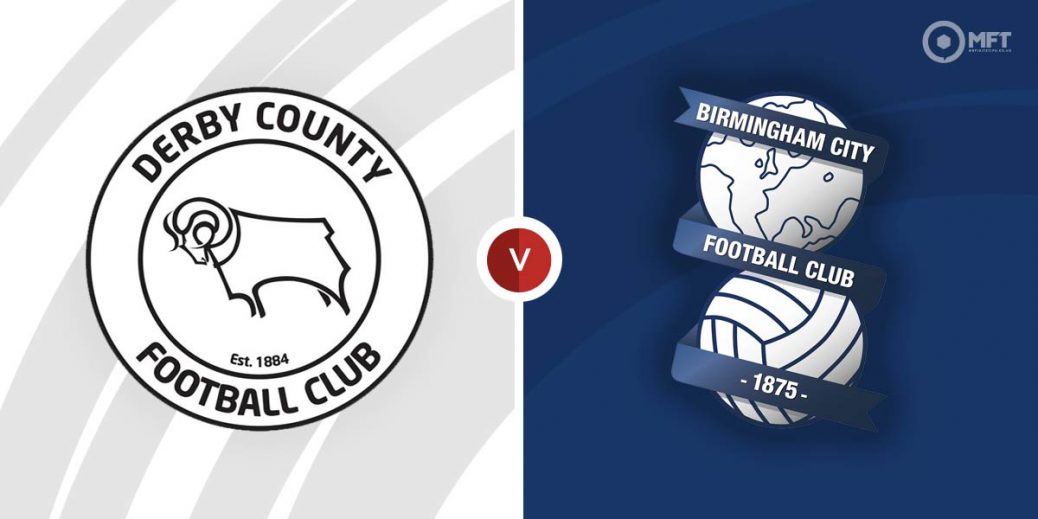 Derby County continue their quest for survival as they host Birmingham City in an English Championship fixture on Saturday. The Rams have impressed in recent weeks, particularly at home and should have too much for an out of sorts Birmingham team.

The great escape appears to be on for Derby County, who have shown plenty of fight lately. They have overcome a 21 points deduction and are finally off the foot of the table, eight points from safety.

Although they suffered a 2-1 defeat at Nottingham Forest last time out, Derby can still be considered one of the form teams in the Championship. Wayne Rooney’s men had gone unbeaten in their previous five matches, claiming four wins in that run.

At home is where Derby County have done their best work lately, they have won four of their last five matches at Pride Park. That run has been driven by a solid defence that has kept clean sheets in the last three Championship matches.

While Derby are plotting the great escape, Birmingham City’s campaign appears to be going in the opposite direction. They have claimed just one win from their last eight Championship matches and have slipped to 18th.

Birmingham City are coming off a 2-2 draw with Peterborough United last time out in the Championship. They fell two goals down before a late fightback saw them draw level through Gary Gardener and Scott Hogan.

Lee Bowyer’s men have also struggled on their recent travels and are winless in their last six away matches. They have suffered four defeats in that run and were beaten 6-2 by Fulham in their previous fixture on the road.

Derby County have a slight edge among the bookies at 11/8 with Betfred while a victory for Birmingham City is valued at 12/5 by bet365. A draw is set at odds of 23/10 with SpreadEX.

Derby County have a 31-30 edge with 26 draws from 87 previous matches against Birmingham City. The reverse fixture ended 2-0 in favour of Birmingham.

Derby County’s recent resurgence has seen them keep clean sheets in their last three home matches. Curtis Davies and Richard Stearman often partner in central defence and can lead the team to another clean sheet at 13/8 with Skybet.

At the other end of the pitch, Tom Lawrence will be the one to watch for Derby County having scored eight Championship goals this season. He has also found the net three times in his last two matches and is priced at 11/4 with bet365 to score at anytime.

Given Derby County’s recent defensive solidity, BTTS NO could be considered at 17/20 with BetVictor. The Rams have also won to nil in their last three home matches and could be set for a repeat at 11/4 with Skybet.

Derby County can also be tipped as the only team to score on Sunday at 13/5 with William Hill.

This English Championship match between Derby County and Birmingham City will be played on Jan 30, 2022 and kick off at 13:30. Check below for our tipsters best Derby County vs Birmingham City prediction. You may also visit our dedicated betting previews section for the most up to date previews.