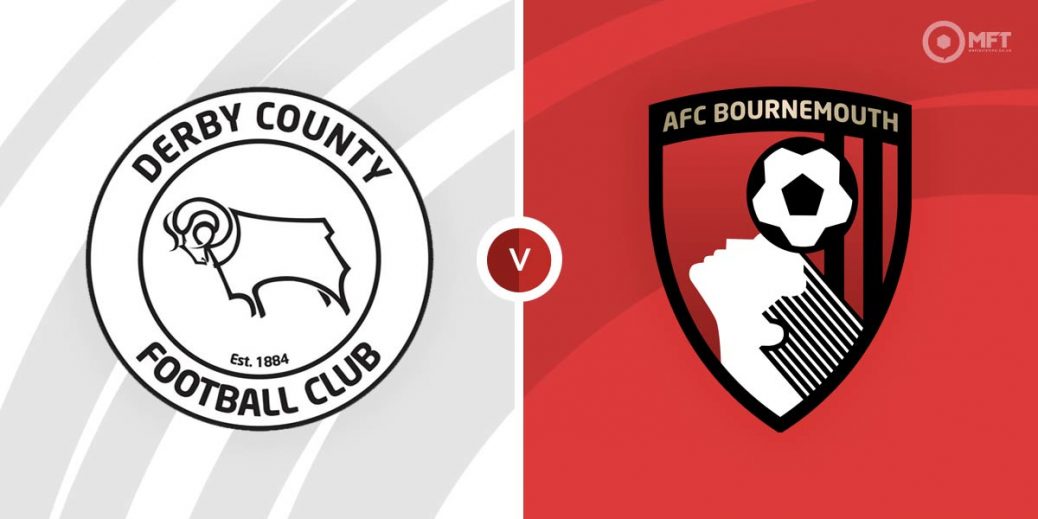 Still setting the pace in the English Championship, Bournemouth will look to tighten their grip at the top of the table when they travel to Derby County on Sunday. Derby's campaign has been plagued by all kinds of problems and are likely to struggle against the impressive Cherries.

Derby County seem unable to catch a break as they remain rooted to the bottom of the table. Having been docked 12 points after going into administration, they have -3 points and look almost certain to be relegated this season.

The Rams have only claimed three wins this season, the most recent of which was a 1-0 victory over Reading in September. Wayne Rooney’s men are on a seven-match winless run but were held 1-1 by Millwall in their previous Championship fixture.

Derby County are also winless in their last three home matches and suffered a 2-1 defeat to Blackburn Rovers in their previous fixture in front of their fans.

Bournemouth are no longer unbeaten in the Championship after losing 2-1 to Preston North End. However, they bounced back in fine style by claiming a 4-0 victory over Swansea City just before the international break with Dominic Solanke and Jaidon Anthony each netting a brace.

While the Cherries remain top of the table, their lead has now been cut to two points. Manager Scott Parker will be keen to keep winning as they look to fend off a fast-rising Fulham in second place.

The good news for Bournemouth is that they have remained unbeaten on their travels this season and have claimed six wins and two draws from their eight away matches. They are also yet to concede on the road since week two, keeping clean sheets in their last seven away matches.

Bournemouth have the upper hand among the bookies at 5/6 with Skybet while a victory for Derby County is valued at 43/10 by Skybet. A draw is set at odds of 13/5 by bet365.

Derby County have never lost to Bournemouth with four wins and two draws from six previous matches. They claimed a 1-0 victory the last time both teams met in a Championship fixture back in January.

Dominic Solanke appears to be getting better as the season progresses and has scored 13 goals in 17 matches. The striker netted a brace last time out and is priced at 13/8 by Paddy Power to score anytime on Sunday.

Solanke may be getting all the plaudits for his goals but Lloyd Kelly and Gary Cahill have been just as impressive in defence. They have helped Bournemouth keep clean sheets in their last seven away matches and that run could be tipped to continue at 5/4 with Skybet.

Bournemouth have won to nil in five of their last seven away matches and could be set for a repeat at 15/8 with Skybet. Having claimed a 4-0 victory last time out, the Cherries could also be backed in the -1 handicap market at 9/4 with Unibet.

Given their solid defensive record this season, Bournemouth can also be picked as the only team to score at 13/8 with bet365.

This English Championship match between Derby County and AFC Bournemouth will be played on Nov 21, 2021 and kick off at 12:00. Check below for our tipsters best Derby County vs AFC Bournemouth prediction. You may also visit our dedicated betting previews section for the most up to date previews.