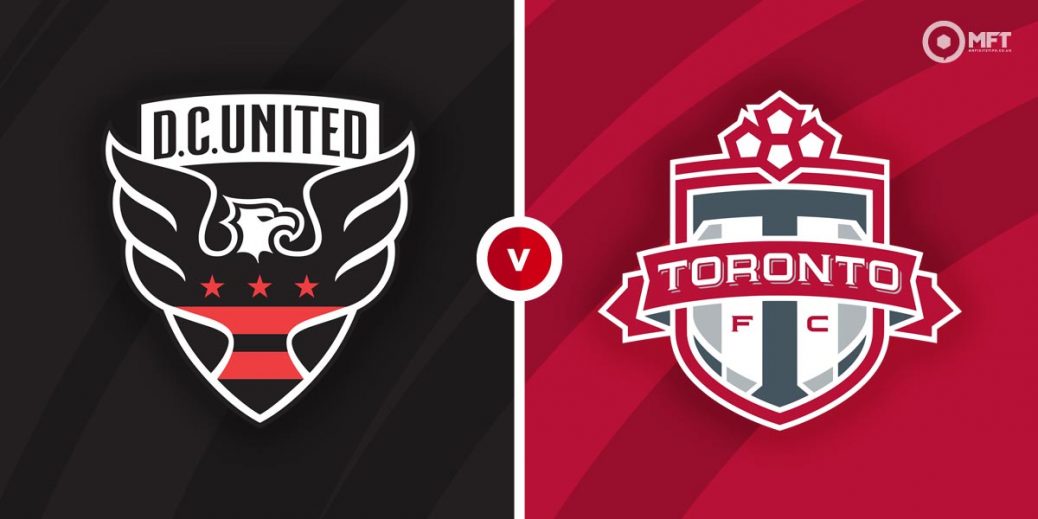 Toronto FC will attempt to snap a lengthy winless run as they travel to Audi Field for an MLS clash against DC United. Hosts DC are also looking to bounce back from a defeat last time out and given their form at home, should have the upper hand.

DC United suffered a 2-1 defeat at New York City in their previous MLS fixture. They took the lead early in the first half and looked on course to claim the win before a late blitz from the hosts saw them concede twice in the final six minutes.

The result ended a run of three matches unbeaten for the Black and Red, who will be targeting a swift return to winning ways. They currently sit just outside the playoff places in the East, level on 13 points with seventh place New York Red Bulls.

Toronto FC travel to Audi Field off the back of a 2-0 defeat at home against Cincinnati last time out in the MLS. They barely threatened the Cincinnati backline despite playing at home and finished with just a single attempt on target.

The Reds are having a disappointing campaign and have claimed just one win from their 10 matches this season. One of their major problems has been poor defending having conceded nine goals in their last four MLS matches.

Chris Armas’ men are currently on a five-match losing streak and sit second from bottom in the Eastern Conference. They are also poor travellers and are winless in their last eight MLS matches, stretching back to last season.

The bookies have DC United as favourites with Vbet offering 6/7 for a home win. A victory for Toronto FC is valued at 7/2 by bet365 while a draw is set at odds of 11/4 with betfair.

DC United have a 14-12 edge with 10 draws from 36 previous matches against Toronto FC. The last meeting between both teams was a 2-2 draw in an MLS clash in September 2020.

DC United will be hoping Ola Kamara can rediscover his scoring touch following a two-match drought. The striker has four goals this season and could be backed in the anytime goalscorer market at 7/4 with Paddy Power.

At the other end of the pitch, Andy Najar, Brendan Hines-Ike and Donovan Pines have formed a solid central defensive partnership for DC United in recent weeks. They have led the team to three clean sheets in their last four matches and will be hoping for a repeat at 6/4 with SpreadEX.

Given DC United’s recent defensive showings, a win to nil could be considered at 11/5 with SpreadEX. A -1 handicap bet for the hosts could also be on the cards at 23/10 with Paddy Power.

DC United could be backed to score in both halves at 19/10 with William Hill while a halftime win could also be tipped at 6/4 with Vbet.

This MLS match between DC United and Toronto FC will be played on Jul 3, 2021 and kick off at 22:30. Check below for our tipsters best DC United vs Toronto FC prediction. You may also visit our dedicated betting previews section for the most up to date previews.