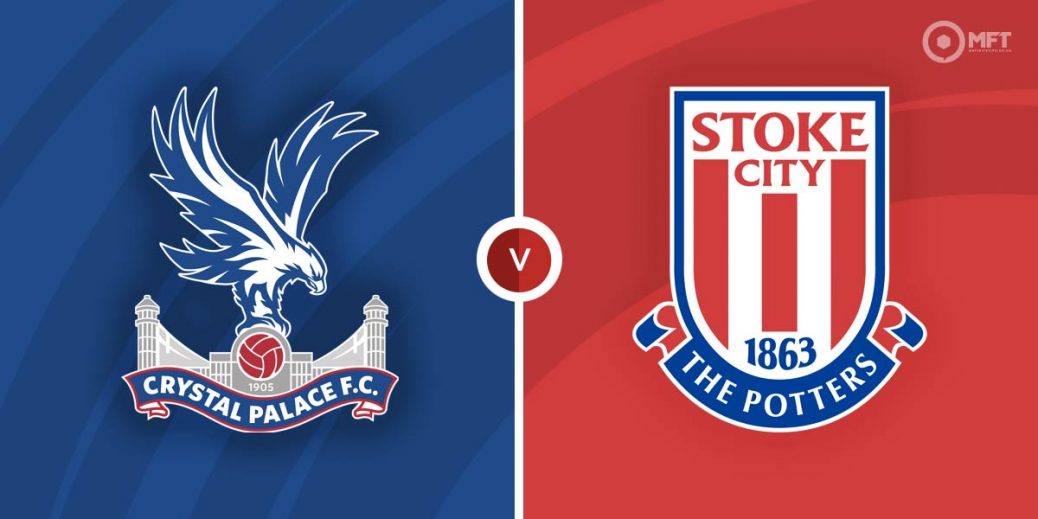 Crystal Palace face Stoke City in an FA Cup fifth round clash on Tuesday. While Palace have looked off colour lately, they are still expected to have the extra quality over Stoke, who are struggling in the Championship in recent weeks.

It has been a straightforward run for Crystal Palace on their way to the fifth round of the FA Cup. They came through lower league opposition in the third and fourth round, seeing off Hartlepool in their previous fixture in the competition.

Things have not been smooth for Crystal Palace since that win as they have been victorious just once in their last five matches. However, they have also suffered just one defeat in that run and played out a 1-1 draw with Burnley in the Premier League on Saturday.

Crystal Palace will be banking on their extra quality, particularly in attack with the likes of Wilfried Zaha, Connor Gallagher and Odsonne Eduard all impressing lately. One thing that has hampered Patrick Vieira’s team is their vulnerable defence that has kept just one clean sheet in their last five matches.

Stoke City have also come through lower league opposition on their way to the FA Cup fifth round. After seeing off League Two side Leyton Orient 2-0, they claimed a similar result over League One side Wigan in their previous fixture in the competition.

The Potters have found things difficult in recent times and do not travel to Selhurst Park in the best form. Michael O’Neill’s men are currently on a four-match winless run and were beaten 2-1 by Bournemouth in the Championship last Saturday.

Crystal Palace have the upper hand among the bookies with a home win priced at 8/11 by William Hill. A victory for Stoke City is valued at 21/5 by SBK while betway is offering odds of 14/5 for a draw.

Crystal Palace have the upper hand in recent matches with Stoke City, claiming six wins from the last seven meetings. The most recent fixture was a Premier League clash in 2018 with Palace earning a 2-1 victory.

Wilfried Zaha is the leading scorer for Crystal Palace this season and will be the one to watch on Tuesday. The winger has three goals in his last five matches and is priced at 79/40 by SBK to get on the score sheet.

Stoke City will look to Jacob Brown to provide the spark in attack having scored eight Championship goals this season. The striker was also on target in the previous round of the FA Cup and is priced at 9/2 by bet365 to find the net on Tuesday.

Crystal Palace and Stoke City have been poor at the back and both teams could be backed to score on Tuesday at 19/20 with SBK. Over 2.5 goals could also be considered at 68/67 with 10bet while over 3.5 goals is valued at 13/5 with Unibet.

Both teams often make fast starts and could be backed to score in the first half at 11/4 with bet365.

This FA Cup match between Crystal Palace and Stoke City will be played on Mar 1, 2022 and kick off at 19:30. Check below for our tipsters best Crystal Palace vs Stoke City prediction. You may also visit our dedicated betting previews section for the most up to date previews.