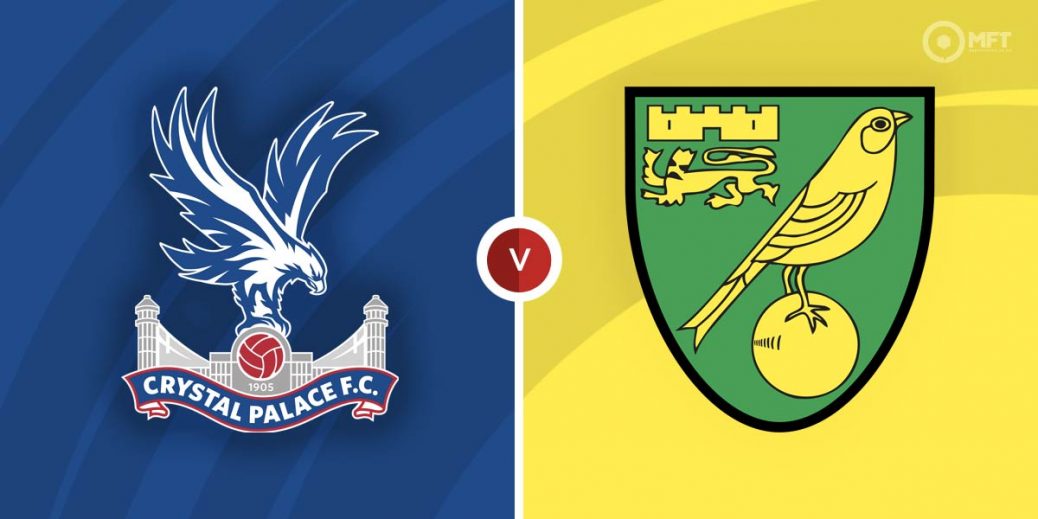 Crystal Palace and Norwich City will be looking to bounce back from disappointing Boxing Day defeats when they meet in the Premier League on Tuesday. Having done some of their best work at home lately, Palace will fancy their chances here and should have the upper hand.

Crystal Palace suffered a set back in their recent resurgence as they were hammered 3-0 by Tottenham Hotspur on Boxing Day. A short five-minute spell effectively sealed their fate as a quick-fire double from Spurs was quickly followed by a red card for Wilfried Zaha.

Despite the defeat, Crystal Palace are in no present relegation danger as they sit nine points above the bottom three. They still have a top 10 place within their reach. Manager Patrick Vieira will miss the clash after testing positive for Covid-19 along with seven other first team players.

It’s not all gloom though as Crystal Palace head into Tuesday’s clash with confidence given their record at Selhurst Park this season. They have suffered just one home defeat this term and recently claimed a 3-1 victory over Everton on home soil.

Norwich City’s initial three game unbeaten run following the appointment of Dean Smith appears to be well and truly in the past as they are currently on a four-match losing streak. They remain bottom of the standings and look increasingly likely to return to the Championship as the season progresses.

The latest defeat for Norwich City was a 5-0 thrashing by Arsenal at Carrow Road on Boxing Day. They were completely outclassed by the Gunners and could only muster just two attempts on target throughout the contest.

The defeat to Arsenal is a pointer to a defensive problem that has plagued Norwich City all season. They have the worst backline in the Premier League and have conceded 14 goals in their last five matches.

The bookies have Crystal Palace as overwhelming favourites with a home win priced at 5/8 by SBK. A victory for Norwich City is valued at 27/5 with SBK while a draw is set at odds of 16/5 with novibet.

Crystal Palace are unbeaten in their last five matches against Norwich City, claiming three wins in that run. Palace have won the last two home fixtures while they also claimed a 2-0 victory in the most recent meeting at Selhurst Park.

Wilfried Zaha is suspended for Tuesday’s clash, so Conor Gallagher will be the one to watch for Crystal Palace. The midfielder is the top scorer for Palace with six goals and could be worth considering to score anytime at 3/1 with bet365.

Norwich City have struggled in attack this season but with Crystal Palace constantly shipping goals, they will fancy their chances of finding the net on Tuesday. Teemu Pukki is their top scorer with five goals and is priced at 13/5 by bet365 to find the net.

Crystal Palace have seen over 3.5 goals in their last two home matches and could be set for a repeat at 5/2 with BetVictor. Over 2.5 goals is valued at 19/20 with 10bet while both teams could be tipped to score at 10/11 with Unibet.

Palace have scored in both halves in their last two home matches and that run could be tipped to continue at 13/8 with Skybet. They could also be backed to earn a win and over 2.5 goals at 6/4 with betfair.

This English Premier League match between Crystal Palace and Norwich City will be played on Dec 28, 2021 and kick off at 15:00. Check below for our tipsters best Crystal Palace vs Norwich City prediction. You may also visit our dedicated betting previews section for the most up to date previews.