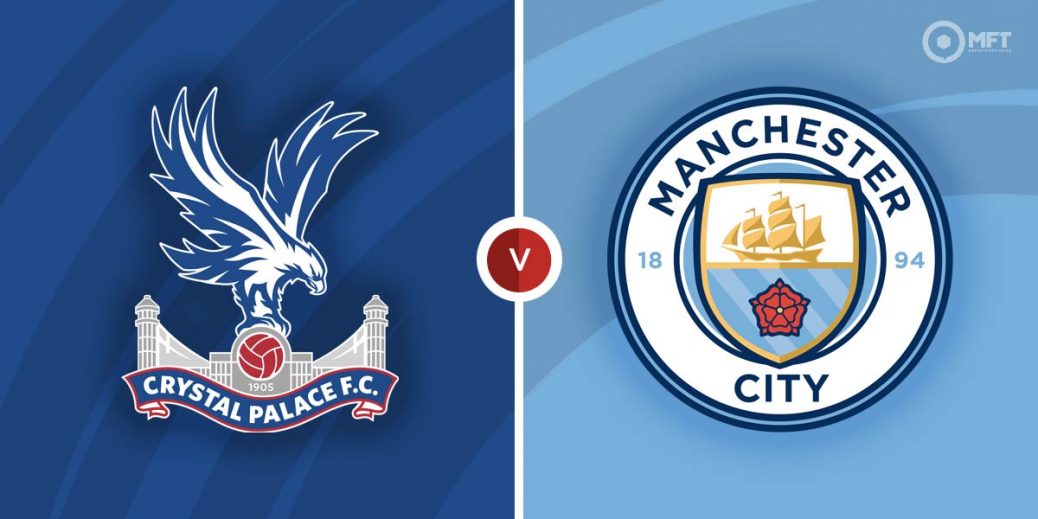 MANCHESTER CITY travel to the capital for a Monday night crunch game at Crystal Palace, with Liverpool continuing to breathe down their necks at the top of the Premier League.

Pep Guardiola's side unusually drew a blank in midweek at home to Sporting Lisbon in what was a Champions League formality after being 5-0 up from the first leg.

They should have had plenty of time to refresh and repair themselves what could be a potentially tricky encounter in Croydon.

Crystal Palace should also be rested ahead of this having not being in midweek action after last weekend's superb 2-0 win at in-form Wolves.

The Eagles are in very decent form at the moment with just one solitary defeat in their last eight games, which came at home to Chelsea.

They've had plenty of draws in that time, but they are comfortably in a mid-table position and Patrick Vieira has enjoyed a decent campaign in his first full season in charge of Palace.

But City looked back to their best when cruising to a 4-1 thumping of rivals Manchester United at the Etihad last weekend and they will need to maintain that to head off Liverpool's challenge, with the Anfield side six points behind with a game in hamd heading into the weekend fixtures.

Crystal Palace conjured up one of the biggest shocks of the season at the end of October when they went to the Etihad and stunned their hosts with a 2-0 win as can be seen below.

However, Palace have failed to defeat City at home in their last seven meetings at Selhurst Park.

Palace legend Wilfried Zaha made sure of the win at Wolves last week when he converted the penalty. He's looking for his tenth goal of the season and is 19/4 with Unibet to get it.

Kevin De Bruyne helped himself to a double against United last week and the classy Belgian is always a huge threat. He's 39/19 with SBK to score at Selhurst Park.

This could be a tricky encounter for a City side who have already been ravished by the Eagles this season. However, their midweek encounter didn't take too much out of them and they should be too classy for Palace.

The visitors are obviously too short on their own. However, they have been excellent on their travels this season and the 23/20 with BetVictor for City to win to nil must have a great chance considering they haven't conceded in their last four games away from the Etihad.