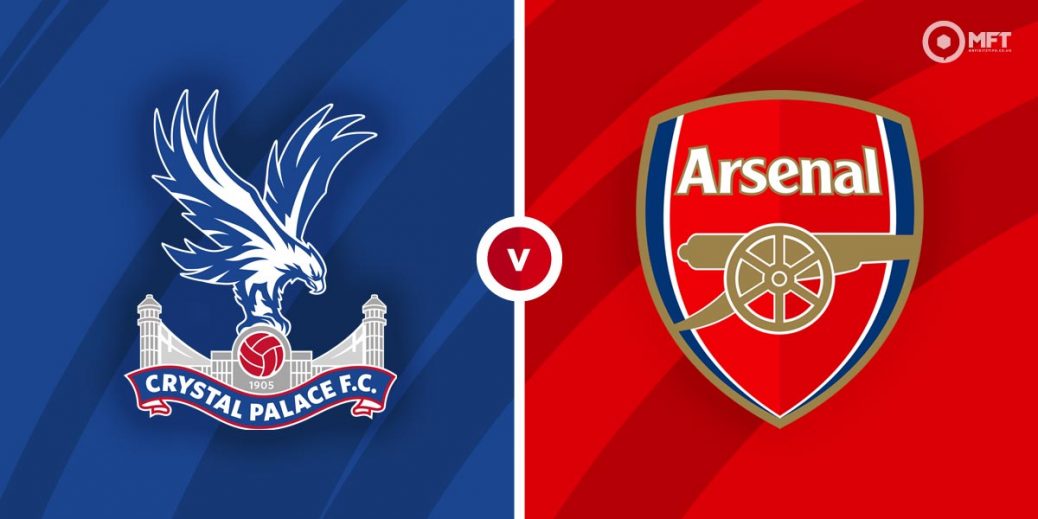 Arsenal will look to keep alive their slim hopes of qualifying for the Europa League when they face Crystal Palace in an English Premier League clash at Selhurst Park. The Gunners have built some momentum in recent weeks and should edge this one.

Crystal Palace came from behind to earn a 3-2 victory over Aston Villa last time out in the Premier League. Christian Benteke was on target in the first half while Wilfried Zaha and Tyrick Mitchell added further goals after the break.

It was a much-needed win for the Eagles, who looked to be heading for a disappointing end to the season. They have not been at their best in recent weeks and head into Wednesday’s match with four defeats from their last six matches.

Manager Roy Hodgson has seen his team struggle at home lately with just two wins from their last seven fixtures at Selhurst Park. They suffered a 4-1 defeat to Chelsea in that run and were also beaten 2-0 by Manchester City.

Arsenal will be feeling confident heading to Selhurst Park having emerged victorious in another London derby. A goal from Emile Smith-Rowe earned them a 1-0 victory at Chelsea in their previous Premier League fixture.

Manchester City’s EFL Cup victory means the seventh placed team from England will qualify for the Europa Conference League. This gives Arsenal a way back into the continent next season as they sit just one point behind Tottenham Hotspur in seventh.

The Gunners are having a fine end to the season with three wins and a draw from their last four Premier League matches. They have also impressed on their recent travels, winning their last three away matches.

The bookies have installed Arsenal as favourites with the Gunners priced at 4/7 by SBK to win. A victory for Crystal Palace is set at odds of 6/1 by bet365 while Vbet is offering 7/2 for a draw.

With Crystal Palace not convincing at the moment and given Arsenal’s fine showing on the road, an away win looks to be on the cards.

Arsenal have a 24-4 advantage with 13 draws from 41 previous matches against Crystal Palace. Both teams battled to a 0-0 draw in the reverse fixture back in January.

Christian Benteke appears to be coming into some form for Crystal Palace as the season draws to a close. The Belgian striker has scored in his last three matches and is priced at 7/2 by Paddy Power to score anytime.

Alexandre Lacazette is the leading scorer for Arsenal with 13 Premier League goals. The French striker has scored four goals in his last three away matches across all competitions and is valued at evens with betfair in the anytime goalscorer market.

Crystal Palace saw over 4.5 goals in their last Premier League fixture and a similar outcome is priced at 26/5 by SBK. Over 3.5 goals is valued at 11/5 by the same firm, over 2.5 goals is set at odds of 4/5 by Unibet while Sport Nation is offering evens on both teams to score.

There are likely to be goals in both halves at 8/11 with William Hill while both teams could be backed to score in the second half at 12/5 with bet365. Arsenal could also be backed to earn a win and over 2.5 goals at 13/10 with Paddy Power.

This English Premier League match between Crystal Palace and Arsenal will be played on May 19, 2021 and kick off at 19:00. Check below for our tipsters best Crystal Palace vs Arsenal prediction. You may also visit our dedicated betting previews section for the most up to date previews.