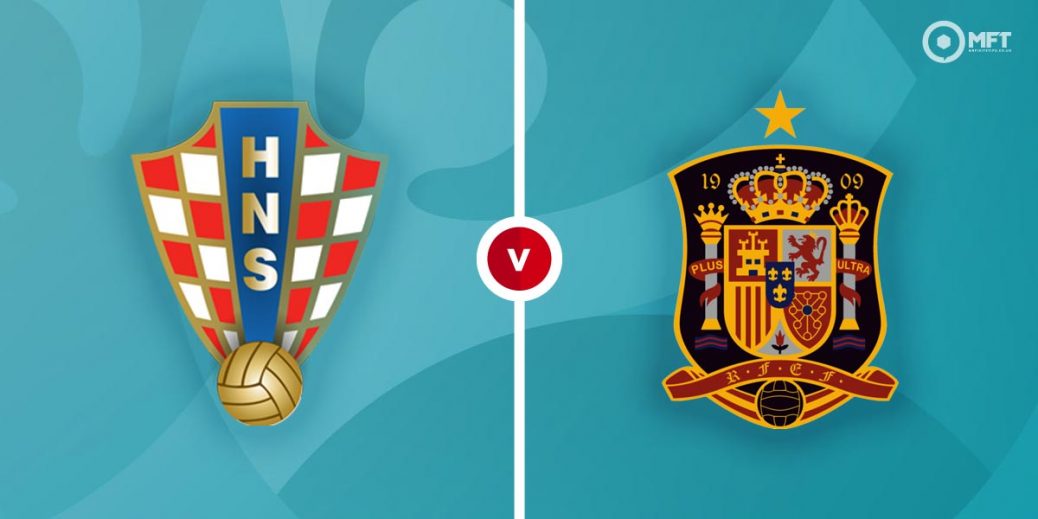 SPAIN at last delivered and took their chances as they blew Slovakia away in their final group game and they face Scotland's conquerors Croatia for a place in the quarter-finals in Copenhagen on Sunday.

Pressure had been building on manager Luis Enrique after his misfiring strikers failed to set the tournament alight in their first two games which resulted in two hugely disappointing draws against Sweden and Poland.

But they bounced back in some style against a punch-drunk Slovakian team and could have scored even more than the five they managed as they looked something like the Spain of old.

However, they will face a Croatian side who also rolled back the years with a dominant display against the Scots. Aided by the magical Luka Modric, Croatia put a couple of very uninspiring displays against England and the Czech Republic to one side to completely dominate the Hampden showdown.

Spain are odds-on favourites to win in 90 minutes at 8/13 with 888Sport. The Croatians can be backed at 6/1 with William Hill's and the draw is 14/5 with BetVictor. In the to qualify markets, Spain are 8/25 with TonyBet and Croatia are 12/5 with the same firm.

This is their first knockout match, but Croatia netted a last gasp goal to beat Spain 3-2 in Zagreb three years ago in a Nations League encounter below. It extracted a measure of revenge for a 6-0 thumping they received in Spain.

Spain have had a real problem in their striker pairings, but Pablo Sarabia started and scored against Slovakia and should get the nod against the Croats too. He's 29/10 with Unibet to score anytime.

While Modric scored against Scotland, so did Nikola Vlasic who was even afforded a rest later on in the game to be fresh for this Last 16 game. He looked a real handful and is attractively priced at 5/1 with SportNation to net.

Although Croatia were excellent against Scotland, they still allowed Steve Clarke's side plenty of opportunities and you can't be doing that against a class act like Spain.

The five goals they got against Slovakia should give the Spaniards a real injection of confidence and it wouldn't be a surprise if they carried it on in Denmark.

A Spain win and over 2.5 goals is 13/8 with Paddy Power and that looks more value than just betting Spain at odds-on

Spain have managed six, seven and seven corners in their three games and there were 12 in the Croatia v Scotland game, so Unibet's generous 12/5 for over 10.5 corners has a real chance.

This Euro 2020 match between Croatia and Spain will be played on Jun 28, 2021 and kick off at 17:00. Check below for our tipsters best Croatia vs Spain prediction. You may also visit our dedicated betting previews section for the most up to date previews.