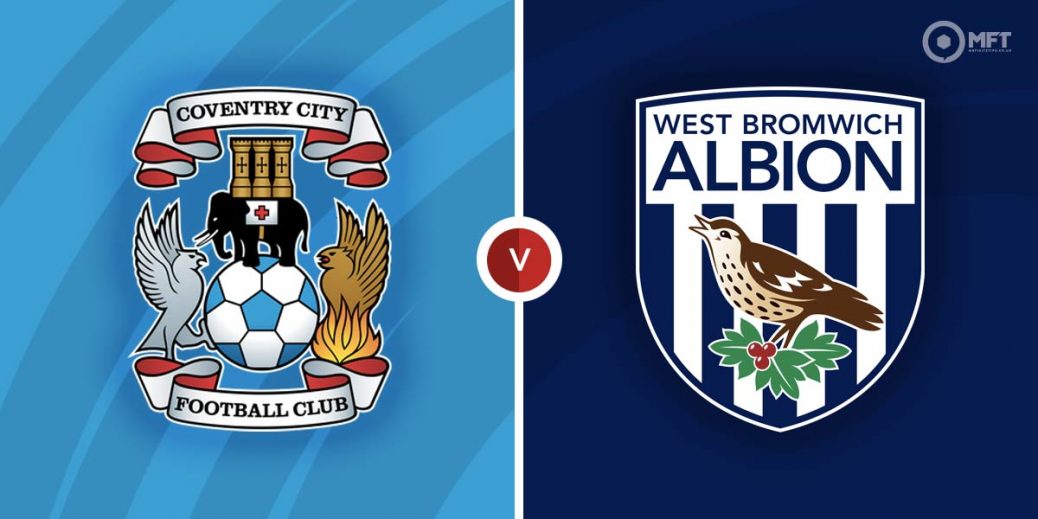 Coventry City host West Brom in a Saturday lunchtime kick-off with both teams looking to snap out of a slump. Goals have been a major problem for both sides lately and a low scoring contest could be on the cards here.

Coventry City showed some character in their previous Championship fixture as they fought back from two goals down to earn a 2-2 draw with Bournemouth. They came to life after the Cherries were reduced to 10 men with late efforts from Matthew Godden and Todd Kane earning them the point.

That was the third straight Championship draw for Coventry City, who appear to be struggling to find their best form lately. They are still in the mix for a playoff finish and can climb to as high as third if results go their way this weekend.

Coventry City have struggled to find their rhythm in attack lately with the result against Bournemouth ending a run of two straight matches without scoring. It was also the first goals conceded by Mark Robins men in three matches having kept clean sheets in in their previous two fixtures.

West Brom looked to be part of a potential three horse title race at the start of the season but have come off the boil in recent weeks. The have dropped to fourth on the table, nine points off the pace following a run of just one win in their last six Championship matches.

One positive for manager Valerien Ismael in this poor run is that West Brom appear to have a way of avoiding defeats. They have played out three draws in their last four matches and were held 0-0 by Nottingham Forest last time out.

West Brom have a 23-11 advantage with 11 draws from 45 previous matches against Coventry City. The Baggies claimed a 5-2 victory in the last meeting between both teams back in 2018.

Coventry City have looked fairly solid at the back lately and head into Saturday’s clash with two clean sheets in their last three matches. Kyle McFadzean and Dominic Hyam are likely to continue in central defence and can help the team to another clean sheet at 11/4 with Skybet.

West Brom have also impressed defensively in recent weeks and will be targeting a third straight clean sheet on Saturday. Kyle Bartley and Cedric Kipre often feature at the back and will be pivotal if the visitors are to keep another clean sheet at 2/1 with Skybet.

Coventry City and West Brom have struggled in attack and with both teams also looking tight at the back, BTTS NO could be considered at 21/20 with Sport Nation. The Baggies have also seen under 2.5 goals in their last four matches and a repeat is priced at 16/19 with SBK.

Coventry City and West Brom have each played out two 0-0 draws in their last three fixtures and bet365 is offering odds of 17/2 on neither team to score on Saturday.

This English Championship match between Coventry City and West Brom will be played on Dec 4, 2021 and kick off at 12:30. Check below for our tipsters best Coventry City vs West Brom prediction. You may also visit our dedicated betting previews section for the most up to date previews.