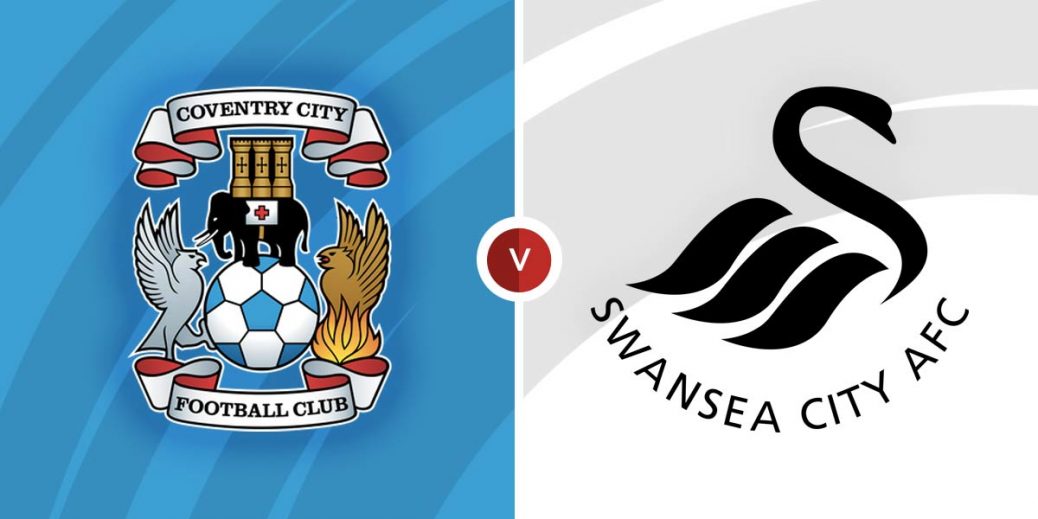 Coventry City will look to maintain the pressure on the leaders in the English Championship as they battle Swansea City in a midweek fixture. Home form has been at the heart Coventry's fine start to the season and they will be confident of getting past the Welsh team.

Matthew Godden scored the only goal as Coventry City claimed a 1-0 victory at Hull City last time out in the Championship. Godden struck early in the contest and despite creating a few chances, failed to add to their tally.

It was a welcome return to winning ways for Coventry City, who had failed to secure a victory in their previous three matches. The result also keeps them in the mix for an automatic playoff berth as they sit just five points behind second placed Fulham.

Having been on the road in their last four matches, manager Mark Robins will be pleased to be back at home where Coventry City are unbeaten this season. They have claimed six wins from seven matches on their own turf and can count a 4-1 victory over Fulham among their results in that run.

Following a slow start to the season, Swansea have won three of their last four matches and are now up to 13th on the table, just one point off the top 10.

Russell Martin’s men claimed a 3-0 victory over Peterborough United in their previous Championship fixture. They made a fast start with Jake Bidwell, Joel Piroe and Olivier Ntcham all getting the goals before the break.

While Swansea’s recent resurgence will give them confidence, it is important to note that their last three wins have come at home. They remain poor on their travels and have lost three of their last four away matches, including a 2-1 defeat to Birmingham in their last outing on the road.

Coventry City head into Tuesday’s clash as favourites among the bookies at 19/16 with Vbet. A victory for Swansea City is priced at 5/2 with SBK while a draw is set at odds of 13/5 with betway.

Swansea City have a 5-1 advantage with six draws from 12 previous matches against Coventry City. The Welsh team claimed a 1-0 victory in the last meeting between both teams back in February.

Viktor Gyokeres was not on target last time out against Hull City but remains the leading scorer for Coventry City with nine goals. The Swedish striker is priced at 6/5 by Skybet to be back among the goals on Tuesday.

Swansea City will look to Joel Piroe to provide the spark in attack as he looks to add to his eight Championship goals this season. The striker has found the net three times in his last four matches and is priced at 8/5 by Unibet to once again get on the score sheet.

There have been over 2.5 goals in two of Coventry City's last three home matches and Sporting Index is offering odds of 99/100 for a repeat. They have also conceded in their last two home matches, so BTTS could be on the cards at 4/5 with William Hill.

Both teams have seen more goals before the break in recent matches, so the first half could be tipped as the highest scoring half at 9/4 with BoyleSports.

This English Championship match between Coventry City and Swansea City will be played on Nov 2, 2021 and kick off at 19:45. Check below for our tipsters best Coventry City vs Swansea City prediction. You may also visit our dedicated betting previews section for the most up to date previews.