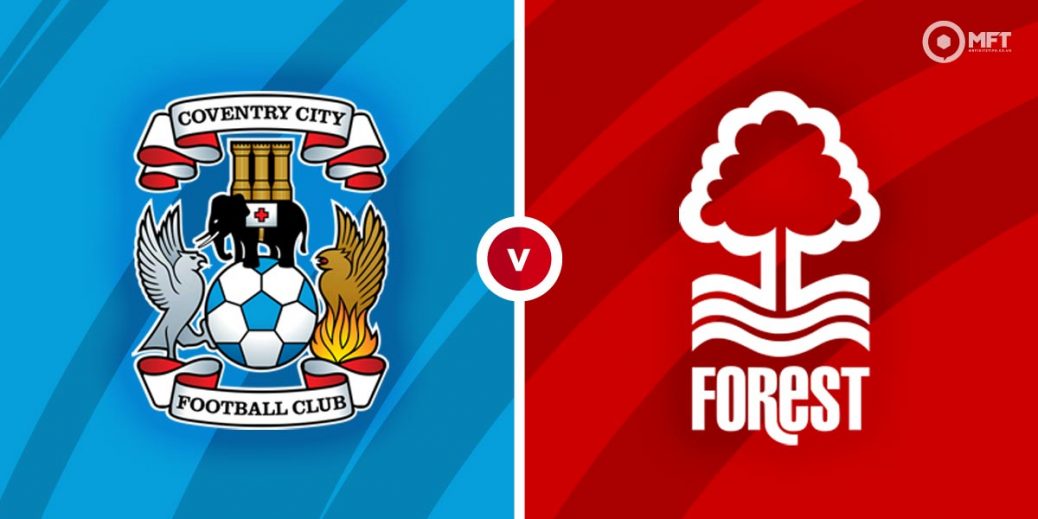 Coventry City host Nottingham Forest in their opening fixture of the new English Championship season at the Coventry Building Society Arena. Both teams often struggle defensively and are likely to produce goals in this one.

Coventry City suffered a 2-1 defeat to Wolverhampton Wanderers in their final warm-up fixture before the new season. It was a poor preseason for the Sky Blues who failed to win any of their matches.

Despite the disappointment in preseason, manager Mark Robins will still feel positive heading into the new season having faced the likes of Wolves and La Liga side Sevilla in their warm-up games. They will take confidence from the final weeks of last season where they suffered just one defeat in six Championship matches.

Coventry also have a good record at home and are unbeaten in five of their last six matches on their own turf. Defending remains an issue however, as they have conceded in their last four Championship matches.

Nottingham Forest were unbeaten in their three preseason matches, although they faced teams in the lower leagues in England. They travel to Coventry off the back of a 2-2 draw with League One side Crewe Alexandra.

Forest finished below Coventry City last season after failing to secure a win in their final five Championship fixtures. They were plagued by too many draws having played out three stalemates in that run.

Chris Hughton's men also draw four of their last five Championship fixtures away from home. They are often shaky at the back as evidenced by the two goals conceded against Crew Alexandra.

The bookies are split on this one with a win for Nottingham Forest priced at 30/17 by SBK while Vbet is offering 11/6 on a victory for Coventry City. A draw is set at odds of 23/10 with bet365.

There appears to be little to separate both teams at the moment and they are likely to cancel each other out for a draw.

Nottingham Forest have a 35-13 advantage with 20 draws from 68 previous matches against Coventry City. They claimed a 2-1 victory on their last visit to the Coventry Building Society Arena back in February.

Coventry City will look to Tyler Walker and Martyn Waghorn to provide the spark in attack. Unibet has Walker at 29/10 to score anytime while also offering 3/1 on Waghorn in the same market.

Striker Lewis Grabban often leads the line for Nottingham Forest and will be the one to watch on Sunday. He is priced at 49/30 by Unibet to score anytime while the first goal is valued at 23/4 by the same firm.

Coventry City and Nottingham Forest have both scored in their last two meetings and a similar outcome is priced at 5/6 with BetVictor. Forest saw over 3.5 goals in their last fixture and Unibet is offering 4/1 for a repeat while over 2.5 goals is set at odds of 6/4 with bet365.

There are likely to be goals in both halves at 23/20 with Sporting Index while a halftime draw could also be on the cards at evens with bet365.