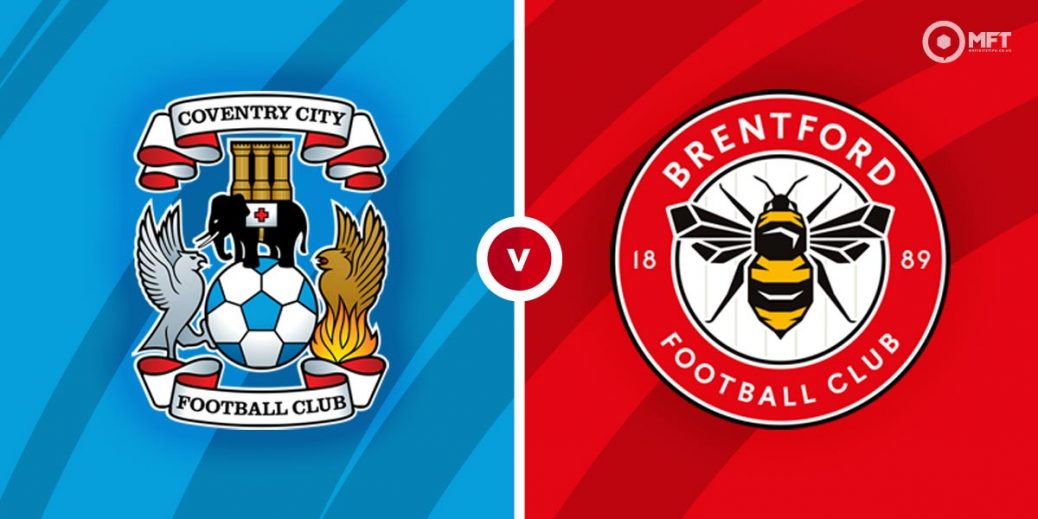 Coventry host Brentford in an English Championship fixture at St Andrew’s Trillion Trophy Stadium with both teams chasing different targets this season. The Sky Blues are hoping to put together a string of results to help them avoid the drop while the Bees are attempting to maintain their quest for promotion.

It has been a disappointing season for Coventry, who have spent almost the entire campaign in the bottom half of the table. Having collected just two points from their last five matches, the Sky Blues are now just three points above the relegation zone.

Manager Mark Robbins is struggling to steer the club away from a relegation fight with their season threatening to spiral out of control. Whatever little confidence they managed to garner from their draw against Watford was very quickly stamped out by a defeat to Cardiff City which was followed by a 2-0 loss to Norwich on Wednesday night.

Coventry seem unable to get it right, even at home having claimed just one win in their last seven matches at the St Andrew’s Trillion Trophy Stadium. They have also been plagued by poor defending lately with five goals conceded in their last two matches.

Brentford may be challenging at the opposite end of the table from Coventry, but their results in recent weeks have been similar. The Bees are coming off back-to-back losses, the latest of which was a 2-1 defeat at Queens Park Rangers.

Thomas Frank's men remain second on the table, just four points behind leaders Norwich. The chasing pack appear to be closing in fast with Reading just six points behind in sixth place.

The good news for Brentford is that they seem to do their best work away from home with the defeat against QPR their first on the road since October. They have knocked off fellow promotion hopefuls Middlesbrough, Cardiff and Reading in that run and will be confident of seeing off Coventry.

How the Bookies view it

Despite their recent struggles, Brentford are still considered favourites by majority of the bookies with Vbet backing the visitors at 22/23 to claim the win. Coventry's poor form means they are outsiders at 18/5 with SBK, who are paying 45/17 for a draw.

Brentford appear to be better on the road and are my pick for an away win here.

Brentford have never lost to Coventry with four victories and a draw from five previous meetings. The Bees triumphed 2-0 in the reverse fixture with Ivan Toney netting a brace.

Ivan Toney made the step up to the Championship in the summer having signed from Peterborough United in League One. The Brentford striker is the Championship’s top scorer with 24 goals and is valued at a tasty 6/5 by Sporting Index to score anytime on Saturday.

Coventry will be hoping Matt Godden can rediscover his scoring touch with the striker priced at 27/10 by betfair to find the net.

The goals market could provide some value with Brentford producing over 3.5 goals in four of their last six matches. A similar outcome is priced at 5/2 by Unibet while over 2.5 goals is at evens with Paddy Power.

Brentford have also scored three or more goals in two of their last three away matches which puts them at 100/30 with Skybet for a repeat on Saturday.

This English Championship match between Coventry City and Brentford will be played on Feb 20, 2021 and kick off at 12:30. Check below for our tipsters best Coventry City vs Brentford prediction. You may also visit our dedicated betting previews section for the most up to date previews.