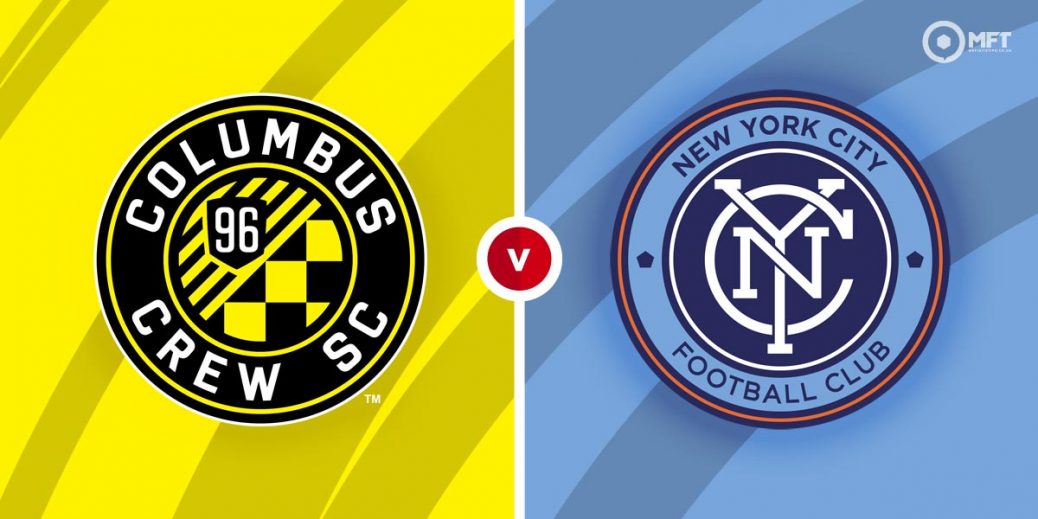 Columbus Crew will look to maintain their unbeaten home record when they host New York City FC in an MLS fixture at Lower.com Field. New York City have been erratic on their travels and are expected to struggle against the Columbus.

Columbus Crew played out a 2-2 draw at Cincinnati in their previous MLS fixture. They fought back from two goals down with Lucas Zelarayan pulling one back before the break while Miguel Berry got the equaliser midway through the second half.

Columbus are a long way away from the form that saw them emerge MLS champions last season as they currently sit just outside the playoff places. One of their major problems is in defence where they have had to come from behind to earn draws in their last two matches.

One positive for manager Caleb Porter is his team’s home record as they are yet to taste defeat at Lower.com Field this season. They have claimed three wins in their last four home matches, including a 3-1 victory over DC United.

New York City are coming off a 2-1 defeat at Montreal Impact last time out in the MLS. They struck first through Keaton Parks but failed to hold on to their lead.

The Pigeons have been steady but unspectacular this season as they currently sit in sixth position. However, they are level on points with eighth placed Columbus Crew and could find themselves out of the playoff places with a defeat on Sunday.

A source of worry for manager Ronny Deila is New York City’s inconsistency on their travels. They have claimed just two wins on the road this season.

Both teams appear evenly matched at the moment but Columbus Crew have a slight edge among the bookies with a home win priced at 22/15 by Vbet. A victory for New York City is valued at 21/11 by the same firm while a draw is set at odds of 13/5 by bet365.

Given Columbus Crew’s fine record at home and with New York City not particularly convincing on their travels, I am tempted to lean towards a home win here.

There have been 18 previous matches between Columbus Crew and New York City with both teams claiming seven wins each and four draws. Columbus Crew have won the last two fixtures at home while they also triumphed 2-1 in the most recent meeting with Lucas Zelarayan scoring a brace.

Lucas Zelarayan will be the one to watch for Columbus Crew with top scorer Gyasi Zardes away on international duty. The midfielder has four goals this season, including the equaliser last time out against Cincinnati and is priced at 7/4 by bet365 to score anytime.

Striker Ismael Tajouri has four goals in his last six matches for New York City and is priced at 11/4 to score anytime by bet365. Midfielder Keaton Parks has found the net in his last two matches and could also be worth a punt in the same market at 11/2 with bet365.

Columbus Crew have seen over 3.5 goals in their last two matches and a similar outcome is priced at 11/5 by SpreadEX. Over 2.5 goals is valued at 6/7 by Vbet, who are also offering 7/10 on both teams to score.

Given Columbus Crew’s knack for coming from behind, New York City can be backed to score first at 11/10 with Paddy Power. The Crew’s unbeaten home record means they can also be tipped to win from behind at 10/1 with Skybet.