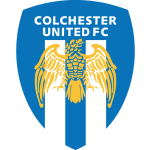 Leaders Forest Green Rovers are desperate to turn around their recent slump as they travel to resurgent Colchester United for a Monday night League Two fixture. While Colchester deserve some praise for their recent improvement, Rovers have dominated this fixture in the past and will fancy their chances of getting back on track.

The managerial change in January is finally starting to have the desired effect on Colchester United. Wayne Brown was initially put in interim charge of the team but has now been in the role for 13 matches, leading the team away from the relegation zone as they sit eighth points above the bottom two.

Colchester United head into Monday’s clash unbeaten in four of their last five League Two matches, claiming two wins in that run. They did however suffer a set back in their resurgence last time with a 1-0 defeat to Bristol Rovers.

Despite claiming a 1-0 victory over Port Vale in their previous home fixture, Colchester United’s record at the JobServe Community Stadium still needs plenty of improvement. They had failed to win in their previous eight League Two matches on their own turf, suffering defeats to the likes of Barrow and Hartlepool United in that run.

A string of impressive performances in the first half of the season have provided Forest Green Rovers a considerable buffer. Despite failing to win since February 8, they still hold a five-point lead at the top of the table and look well on course for automatic promotion.

It is now seven matches since Forest Green Rovers last claimed a win, although four of those fixtures have ended in draws. They were held 1-1 at home by Leyton Orient last time out with Matt Stevens’ early effort cancelled out by the hosts.

In truth, Forest Green Rovers have not played poorly during the slump and will consider themselves a bit unlucky having seen more of the ball and had more attempts than their opponents. They have suffered just one defeat in their last 10 away matches and manager Rob Edwards will be confident of turning their fortunes around.

Despite their recent struggles, Forest Green Rovers are still considered favourites among the bookies at 13/12 with SBK. Colchester United are outsiders at 11/4 with Coral while a draw is set at odds of 11/4 by bet365.

One reason for Forest Green Rovers to feel confident ahead of Monday’s clash is their recent record in this fixture. They have won three of the last four meetings and picked up a 2-0 victory in the reverse fixture in January.

Top scorer Freddie Sears is now without a goal in his last nine matches but is still expected to lead the line for Colchester United and is priced at 9/4 by Paddy Power to score. Midfielder Noah Chilvers has been among the goals lately and could be considered in the same market at 4/1 with Paddy Power.

Matt Stevens has been almost unstoppable for Forest Green Rovers and is the leading scorer in the league with 22 goals. Paddy Power has the striker at odds of 6/4 to get on the score sheet on Monday.

Colchester United and Forest Green Rovers have quality in attack and with neither side particularly convincing at the back, both teams could be backed to score at 5/6 with bet365. Over 2.5 goals could also be considered at 22/23 with SBK.

Forest Green Rovers have scored in both halves in the last two meetings with Colchester United and could be set for a repeat at 9/4 with bet365.