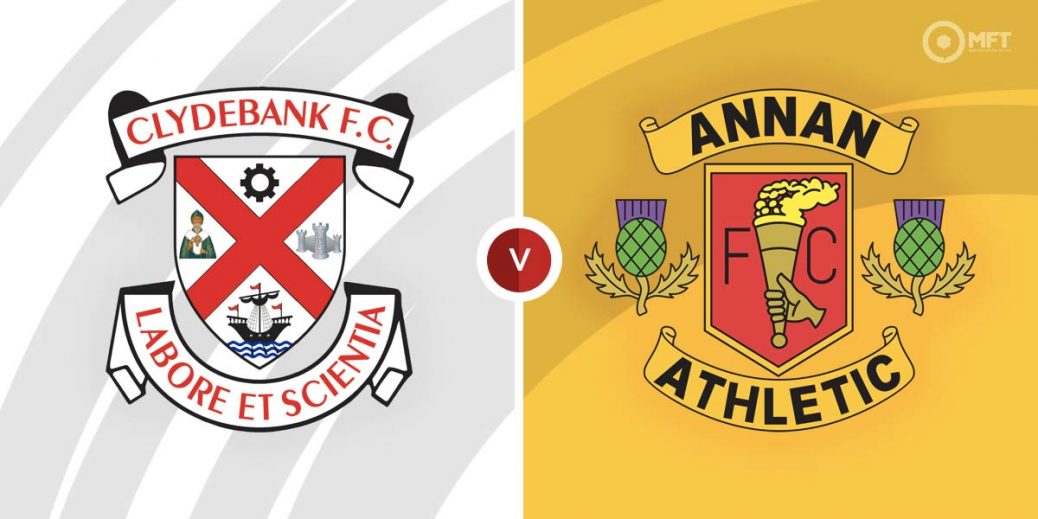 CLYDEBANK have already knocked out two league teams out of the Scottish Cup this season and will be aiming for a treble at Holm Park on Saturday when in-form Annan Athletic visit Yoker.

The Bankies are sitting in third place in the West of Scotland Premiership behind Pollok and Auchinleck Talbot, who are also in Scottish Cup action at home to Hearts.

But they've rolled back the years in the Cup – to the delight of many on this site – after a couple of stirring wins against Elgin City and Clyde.

Clydebank were held to a draw by Elgin at home but went up to Borough Briggs and won the replay. They then bundled the Bully Wee out of the Cup in a sensational 2-0 win.

On paper, Annan look there for the taking because they were an East of Scotland League club when Bankies were in their prime and reaching the Scottish Cup semi-final in 1989.

However, Peter Murphy's side are on a great run of form in League Two and are unbeaten in their last nine games, having won seven of them.

Annan are favourites at 3/4 generally, with bet365 offering that price among others. The Bankies are 7/2 with William Hill. The draw is 14/5 with McBookie.com.

The sides have never met in a competitive fixture. Here are the highlights of Clydebank's 2-0 win over Clyde at Holm Park at the last round.

The Bankies' hero is Nicky Little. The captain and club icon has now scored over 100 goals for the club since joining in 2015.

Tony Wallace has been in excellent form for Annan this season with ten goals for the season including a hat-trick as Annan inflicted Kelty Hearts's first league defeat of the season in a 5-1 thumping.

It looks to be set up for a giant-killing act, but in-form Annan might just prove to be a step too far for the hosts. Annan must be full of confidence at their recent displays and have scored an average of three team goals per game in their last six games. Having played at Gala Fairydean in the last round, they should know what to expect from their non-league opponents.

Annan could go out and make a statement from the start here and the 9/5 for a half time and full time win with Coral may offer some more value than the odds-on win.

The 9/4 with McBookie.com for Annan to maintain their three goals a game average could easily cop as well.

This Scottish Cup match between Clydebank and Annan Athletic will be played on Jan 22, 2022 and kick off at 15:00. Check below for our tipsters best Clydebank vs Annan Athletic prediction. You may also visit our dedicated betting previews section for the most up to date previews.