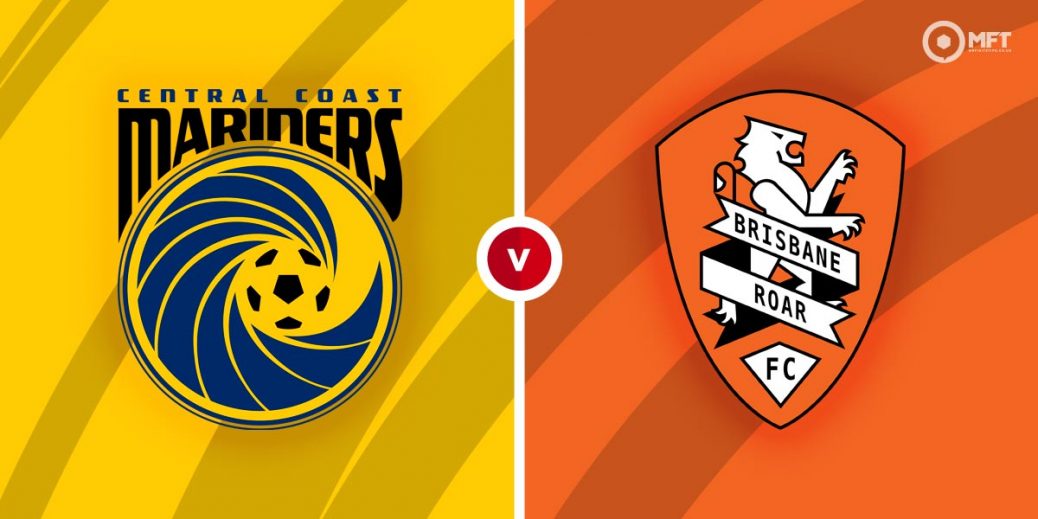 Brisbane Roar will hope to continue their recent resurgence as they as they travel to the Central Coast Stadium for an A League clash against Central Coast Mariners. Brisbane have impressed on their travels in recent weeks and should have too much for an out of sorts Central Coast.

Central Coast were held to a 2-2 draw at home by Sydney FC in their previous A-League fixture. They let a two-goal lead slip as first half efforts from Marcos Urena and Matt Simon were cancelled out by the visitors.

Alen Stajcic’s men have failed to find their form in recent weeks with just one win from their last seven matches. That poor run has seen them usurped at the top of the table by Melbourne Victory.

As seen in their last fixture, Central Coast have been let down by a poor defence in recent weeks. They are without a clean sheet in their last seven matches and have conceded five goals in their last three.

Brisbane Roar were victorious in their last A-League fixture as they triumphed 2-1 at Western Sydney Wanderers. Joshua Brindell-South opened the scoring early in the contest while Riku Danzaki sealed the win on the stroke of halftime after Western Sydney had drawn level.

It was the second straight win for ninth place Brisbane, who are looking to shoot up the table. They have been solid on the road lately with a 2-1 win at Macarthur preceding the victory over Western Sydney.

Like Central Coast, Brisbane have also struggled at the back lately and are without a clean sheet in their last seven matches. However, they have found the extra edge in attack with Dylan Wenzel-Halls and Riku Danzaki both impressing.

Central Coast go into Wednesday’s match as favourites among the bookies with SBK offering 13/10 for an away win. A victory for Brisbane Roar is valued at 21/10 by bet365 while Sporting Index has a draw at odds of 5/2.

Given Brisbane's recent showing on the road, I am tempted to lean towards an away win here.

Brisbane Roar have 34 wins with Central Coast claiming just 10 victories from 60 previous matches. There have been 16 draws between both teams while Brisbane have won the last three fixtures, including a 1-0 victory in the last meeting.

Matt Simon has eight goals this season, including two in his last three appearances. Bet365 has the striker at 6/4 in the anytime goalscorer market while also offering 5/1 for the first goal.

Dylan Wenzel-Halls and Riku Danzaki will be the ones to watch for Brisbane Roar having combined for 13 goals this season. Unibet has Wenzel-Halls at 2/1 to score anytime while also backing Danzaki at 5/1 in the same market.

Central Coast produced over 3.5 goals in their last fixture and a similar outcome is valued at 2/1 by BetVictor. Over 2.5 goals is priced at 13/16 by SBK, while Sport Nation is offering 13/19 on both teams to score.

Brisbane have led at the break in their last two away matches and could be backed to earn a half time win at 13/5 with betway. They could also be tipped to score in both halves at 11/4 with Sporting Index.