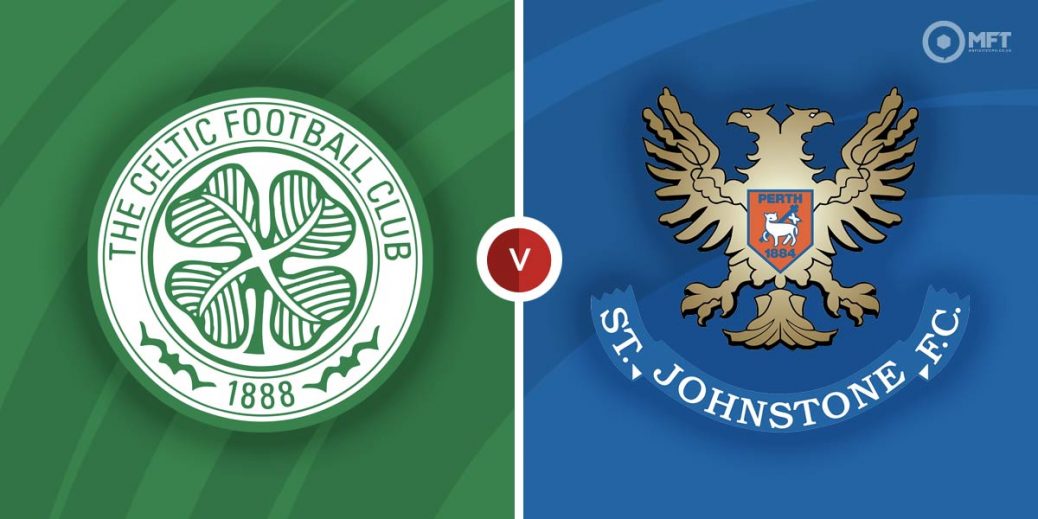 CELTIC took a giant step towards reclaiming the Premiership title in the Old Firm win at Ibrox and they must focus to maintain their charge against a vastly improved St Johnstone side.

Ange Postecoglou's men now have the title to lose surely following their 2-1 win at Rangers and will want to head off into the five game, post-split fixtures after this ready to close the league out.

However, their opponents are involved in a huge battle of their own as they aim to complete what would be a Great Escape having looked doomed earlier in the season.

An excellent January transfer window has helped the Saints no end and they are now six points clear of bottom placed Dundee and are eyeing St Mirren who are six points above them, as they try to avoid a play-off.

The Perth side have won their last two games against Livingston and Motherwell and will go into this one full of confidence.

But the Hoops' recent stats are frightening – they haven't lost a league game since the middle of September and have conceded just two goals in their last six games.

Celtic will be the cornerstone of many accas up and down the land and bet365's 1/7 is about the best you will get on a home win. St Johnstone can be backed at 25/1 with Betfred and SBK have the draw at 6/1.

Celtic have won all three games this season including this 3-1 win at McDiarmid Park at the end of last year.

The hosts are unbeaten in their last 22 matches against Saints.

Tom Rogic equalised for Celtic last week at Ibrox and was outstanding until his inevitable substitution. He's 21/10 with Paddy Power to net on Saturday.

Callum Hendry is playing well for St Johnstone at the moment and has scored an impressive seven goals in his last ten games. He also takes their penalties. He is 15/2 with Unibet to score anytime.

Celtic should win this, but they may have to be patient and it's unlikely to be a cricket score the prices suggest. Even when they were really struggling, St Johnstone weren't getting hammered – they've only lost by three goals this season once at that was to Livingston.

Last week would have taken a lot out of Celtic and they will be content with any win here. Bet365's Celtic to win and under 3.5 goals at 20/21 must have a great chance.

Unibet have the visitors at 9/5 with a two-goal start on the handicap and that has to be taken on too.

An after the Lord Mayor's Show type of first half peformance from the hosts wouldn't be a huge surprise either and the draw half time and Celtic win full time at 10/3 with BetVictor could give punters a run for their money.

This Scottish Premiership match between Celtic and St Johnstone will be played on Apr 9, 2022 and kick off at 15:00. Check below for our tipsters best Celtic vs St Johnstone prediction. You may also visit our dedicated betting previews section for the most up to date previews.