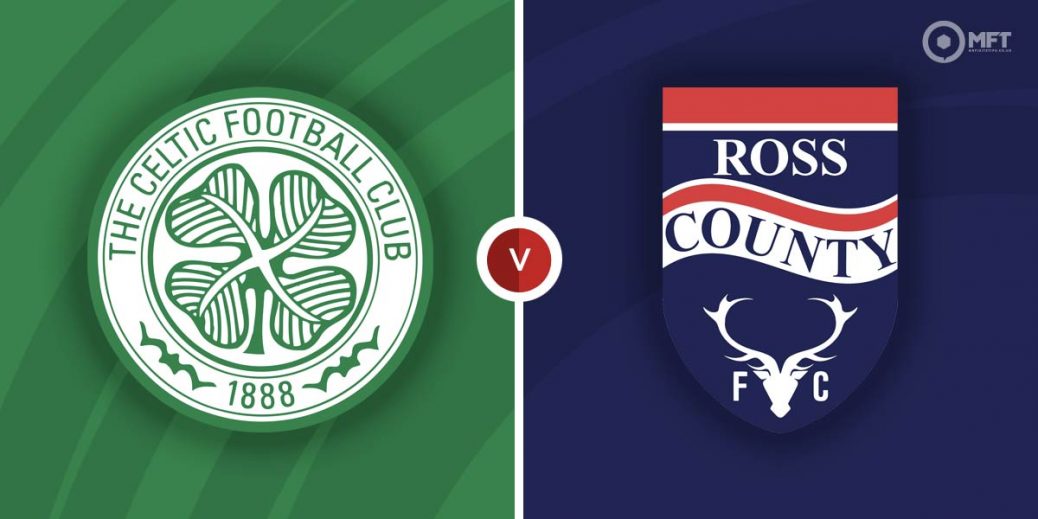 CELTIC remain on course for a surprise Treble in Ange Postecoglou's first season but there's no margin for error and in-form Ross County will be looking to trip them up in the Premiership title race.

It's looking increasingly likely that three Old Firm derbies in quick succession will make or break the season for Celtic and Rangers after they were paired together in the Scottish Cup semi-finals.

The Hoops got there by beating Dundee United 3-0 at Tannadice, busting my coupon in a game where I fancied goals at both ends. That made it 30 domestic games unbeaten for Postecoglou's side and they will be confident of chalking up another victory at home to the Staggies before a crunch trip to Ibrox early next month.

Ross County have won their last three games and won't travel to Glasgow with fear after holding Rangers to a thrilling 3-3 draw when they last faced one of the Old Firm.

It's no surprise to see Celtic as massive favourites and their best price is a tiny 2/13 at BoyleSports. Ross County are as big as 22/1 with Ladbrokes while the draw pays 15/2 at Betfred.

Celtic have won their last 12 games against Ross County since a 2-2 draw up in Dingwall five years ago. But they were made to sweat before claiming that 12th victory, with Anthony Ralston scoring the winner deep into stoppage time (below).

Regan Charles-Cook has been the driving force behind Ross County's resurgence and tops the Premiership scoring charts with 13 goals. The former Gillingham striker is 6/1 at Bet365 for anytime scorer and that looks overpriced.

Celtic's Giorgos Giakoumakis is beginning to show why he grabbed so many goals in the Netherlands last term but the Greek isn't great value for anytime scorer here at a best 10/13 with Mansionbet. James Forrest should start again on the right wing and his price is much better at 9/5 with Paddy Power.

Mackay's Staggies have been great value in the BTTS market this season but the Hoops have kept clean sheets in seven of their last eight domestic games at Parkhead. That means a Celtic win to nil might be the best shout but it's not great value at a best 17/20 with BetVictor.

Postecoglou's side have been monsters in the corner markets but racked up just five at Tannadice on Monday. Normal service should be resumed back on home soil and I like them at -5 in the handicap which pays 20/21 at Bet365.

The last meeting was quite fiery with five yellows and a red but I'd be surprised if we saw a repeat as County have collected just two yellows across their last three games. Under 3.5 cards pays 5/6 at Bet365 but I'm more drawn to the 7/4 they offer for betting against both sides collecting a card.

This Scottish Premiership match between Celtic and Ross County will be played on Mar 19, 2022 and kick off at 15:00. Check below for our tipsters best Celtic vs Ross County prediction. You may also visit our dedicated betting previews section for the most up to date previews.