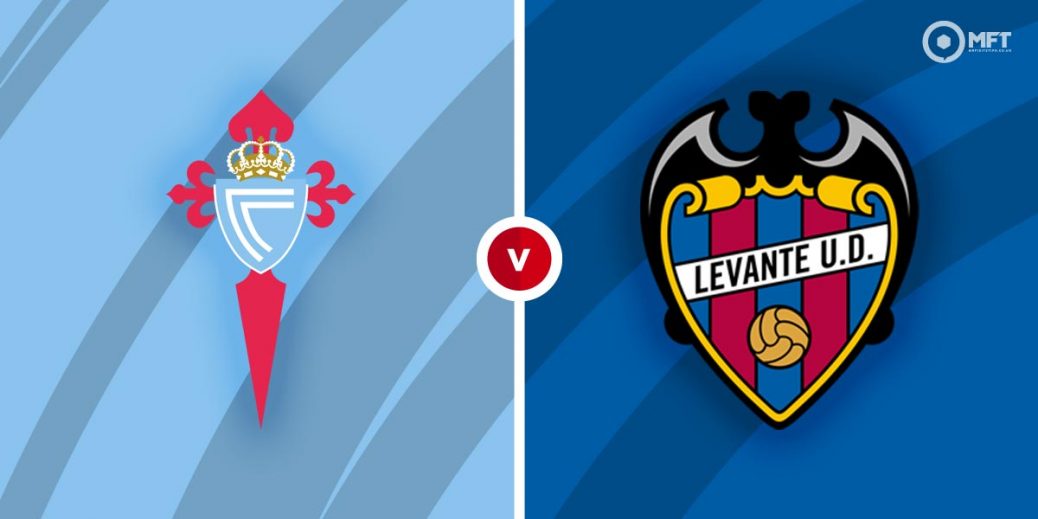 It is a midtable clash at Abanca-Balaidos as Celta Vigo host Levante in a Friday night Spanish La Liga fixture. Celta are hoping to go on a run to keep alive their slim hopes of qualifying for Europe and should have the edge over Levante, who have struggled in recent weeks.

Captain Iago Aspas opened the scoring for Celta Vigo in their 2-1 victory over Osasuna last time out in La Liga. Jeison Murillo added the second after the break as they ended a run of three matches without a win and climbed to ninth on the table.

While Celta Vigo's form has been generally patchy this season, they often get the better of teams ranked below them. They have beaten Huesca 4-3 while a 2-1 victory at Deportivo Alaves is also among their recent results.

Sitting just eight points behind Villarreal in the final Europa League spot, Los Celestes will be hoping to put together a run in the final five games to give themselves a chance qualifying for Europe. They can start with an out of sorts Levante but one concern for Edouardo Coudet’s team is a leaky defence that has conceded eight goals in their last three home matches.

Levante were disappointing in their previous La Liga fixture as they suffered a 1-0 defeat to relegation threatened Elche. It was a poor performance from the visitors, who failed to carve out too many decent openings and finished with just one attempt on target.

It has been a steady decline for Granotes in recent weeks as they have now dropped to 12th on the table. They travel to Abanca-Balaidos off the back of five defeats in their last six La Liga matches.

Things have been just as bad on the road for Paco Lopez’s men, who have lost three of their last four away matches.

Celta Vigo go into Friday’s clash as favourites among the bookies and are priced at 11/12 by SBK to win. Unibet is offering 18/5 for a Levante victory while a draw is set at odds of 13/5 by Skybet.

Celta Vigo have a 10-6 advantage from 21 previous matches against Levante. There have been five stalemates between both teams, including a 1-1 draw in the reverse fixture back in October.

As always Iago Aspas will be the man tasked with carrying the attacking threat for Celta Vigo having scored 13 goals this season. The striker has also found the net four times in his last five matches and is priced at 6/5 by Unibet to score anytime.

Levante will continue to bank on the twin attacking threats of Jose Luis Morales and Roger Marti, who have scored 10 and 11 goals respectively this season. Sporting Index has Marti at 12/5 to score anytime while Morales is priced at 3/1 by Unibet in the same market.

With the attacking quality on display for both teams, a flutter in the goals market could provide some rewards. Over 4.5 goals is valued at 27/5 by SBK, who are also offering 28/13 for over 3.5 goals while William Hill has over 2.5 goals at odds of 4/5.

Markets could also be combined for more value with a Celta Vigo win and over 2.5 goals priced at 7/4 by bet365.

This La Liga match between Celta Vigo and Levante will be played on Apr 30, 2021 and kick off at 20:00. Check below for our tipsters best Celta Vigo vs Levante prediction. You may also visit our dedicated betting previews section for the most up to date previews.