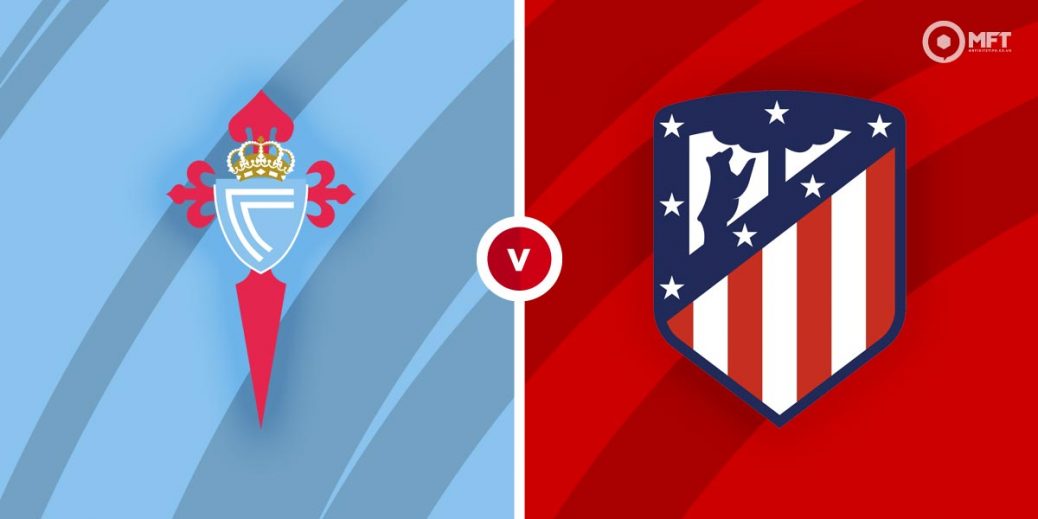 Atletico Madrid begin the defence of their Spanish La Liga title with a trip to Abanca-Balaidos to face Celta Vigo. Celta are always difficult to face at home but driven by their solid defence, Atletico should have the edge here.

Celta Vigo are coming off 1-0 victory over Wolverhampton Wanderers in their final preseason fixture. They took a first half lead through Iago Aspas following a fast start and were able to hold on for the win.

Los Celestes battled inconsistency for much of last season which culminated in an eighth-place finish. Eduardo Coudet's men won both their preseason fixtures, although one of those matches was against Spanish lower league side Sanluqueno.

Celta Vigo remain heavily dependent on captain Iago Aspas and tend to struggle when the striker is not at his best. They have not bolstered their attack in the transfer window and could find it difficult getting past Atletico Madrid’s solid backline.

Atletico suffered a 2-1 defeat against Dutch side Feyenoord in their final preseason fixture. They played the entire second half with 10 men after Yannick Carasco got sent off with Angel Correa getting their only goal.

Driven by a solid defence, Atletico Madrid were the dominant side in La Liga last season, beating Barcelona and Real Madrid to the title. Los Colchoneros didn’t perform well in preseason, claiming just one win from five warm up matches.

Manager Diego Simeone is not likely to be too worried about his team’s preseason performance as they have retained their key players. Forwards Luis Suarez and Joao Felix are still at the club while the defensive core of Stefan Savic, Mario Hermoso and Jose Gimenez should be influential as always.

Atletico Madrid are considered favourites among the bookies with a win priced at 19/20 with William Hill. A victory for Celta Vigo is valued at 18/5 with SBK while a draw is set at odds of 13/5 with bet365.

Atletico Madrid have a 22-11 advantage with 11 draws from 44 previous matches against Celta Vigo. They also claimed a 2-0 victory in their last visit to the Abanca-Balaidos.

Atletico Madrid had the best backline in La Liga last season with Stefan Savic, Jose Gimenez and Mario Hermoso often featuring at centre-back. They have kept clean sheets in two of their last three away matches in La Liga and could be backed for a repeat at 11/8 with SpreadEX.

Atletico Madrid also have quality at the other end of the pitch, particularly with Luis Suarez, who scored 21 La Liga goals last season. The striker is priced at 11/10 with bet365 to score anytime while the first goal is set at odds of 10/3 with Vbet.

Atletico Madrid won to nil the last time they played at Celta Vigo and could be backed for a repeat at 41/20 by Sporting Index. A -1 handicap could also be considered at 14/5 with MansionBet.

Given their solid defence, Atletico Madrid could be tipped as the only team to score at 15/8 with bet365.

This La Liga match between Celta Vigo and Atletico Madrid will be played on Aug 15, 2021 and kick off at 16:30. Check below for our tipsters best Celta Vigo vs Atletico Madrid prediction. You may also visit our dedicated betting previews section for the most up to date previews.