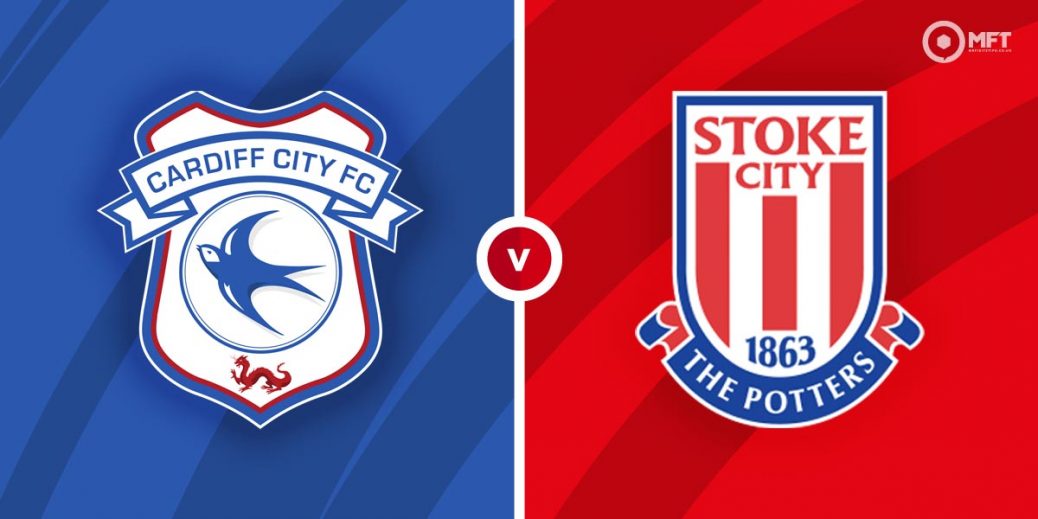 Following their defeat to Watford, Cardiff City will target a swift return to winning ways as they host Stoke City in an English Championship clash at the Cardiff City Stadium. The Welsh team are hoping for a late push for a playoff place and will be confident of getting past a struggling Stoke team.

Cardiff City are coming off a 2-1 defeat to Watford in their last Championship outing. They took an early lead after Francisco Sierralta put through his own net but were quickly pegged back by the Hornets before conceding a 90th minute winner.

It was the first defeat in 11 matches for the Bluebirds who have been one of the form teams in the Championship lately. They still have hopes for a playoff finish and sit eighth on the table seven points behind Barnsley in sixth.

Mick McCarthy’s men often do their best work at home with three wins in their last four matches at the Cardiff City Stadium. Among their recent results at home are back-to-back 4-0 victories over Preston North End and Derby County.

Stoke City were also beaten in their last Championship fixture as they lost 3-0 at Middlesbrough. They were wasteful in front of goal with Steven Fletcher guilty of missing great chances while Jacob Brown also struck the woodwork.

The Potters are out of form at the moment with four defeats from their last five Championship matches. They have been on a steady decline and have now slipped into the bottom half of the table.

Michael O’Niell’s men have one of the worst away records in the Championship this season and head to Wales winless in their last 10 matches on the road. They are currently on a four-match losing streak on their travels, a run that includes a 4-1 defeat to leaders Norwich while they were also beaten 2-0 by promotion chasing Brentford.

Cardiff City are favourites to win at home at odds of 11/9 with SBK. Unibet has Stoke City at odds of 29/10 for an unlikely win while BetVictor is offering 11/5 for a draw.

With Stoke City looking out of sorts lately, I am leaning towards a win for Cardiff City.

Cardiff City have a slight advantage in this fixture with 11 wins from 27 previous matches. Stoke City have claimed 10 victories while both teams have battled to six draws.

Cardiff have won two of the last three meetings and earned a 2-1 victory in the reverse fixture back in December.

Kieffer Moore’s 16 goals mean he is the top scorer for Cardiff this season. Bet365 has the striker at 13/10 to score anytime while the first goal is valued at 7/2 by the same firm.

Midfielder Nick Powell is the top scorer for Stoke City with 11 goals and is priced at 4/1 to score anytime by bet365. Steven Fletcher is also one to keep an eye on with bet365 offering 3/1 on the striker in the anytime goalscorer market

You can also combine the bets to increase the value with a Cardiff win and over 2.5 goals priced at 3/1 by betway.

This English Championship match between Cardiff City and Stoke City will be played on Mar 16, 2021 and kick off at 19:00. Check below for our tipsters best Cardiff City vs Stoke City prediction. You may also visit our dedicated betting previews section for the most up to date previews.