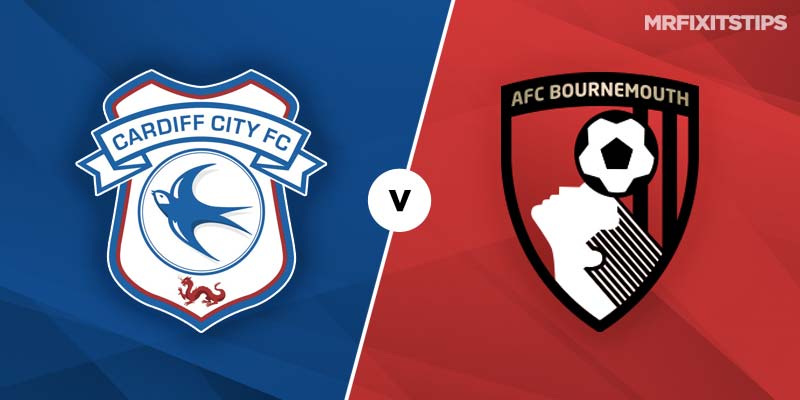 THIS promises to be another emotional 90 minutes as Cardiff play at home for the first time since the disappearance of new signing Emiliano Sala.

Touching tributes were paid to the striker at the Emirates in midweek and the Cardiff players did themselves proud as they were unlucky to fall to a 2-1 defeat.

But the loss left them further adrift in the drop zone, with the Bluebirds now four points behind Burnley, Southampton and Crystal Palace who all picked up a point in their games. It's now just one win in nine for the Welsh side in all competitions and that's worrying form.

Neil Warnock's men desperately need some points to avoid falling further off the pace but they face a Bournemouth side buoyed by their midweek thrashing of Chelsea.

This match should be the ultimate clash of football philosophies as Neil Warnock's up-and-at-'em side take on Eddie Howe's sophisticates.

This is a repeat of the opening game of the season, which Bournemouth won 2-0 at home thanks to strikes from Ryan Fraser and Callum Wilson.

While I always prefer to see style triumph over steel, Cardiff's approach has been effective at home this season, helping them defeat Southampton, Wolves, Brighton and Fulham.

With the crowd fired up and the emotion of the occasion they could just nick another victory and are a best 21/10 with Betfair. The draw could also come up at 5/2 with Unibet so try Cardiff in the draw no bet market at 121/100 with Marathonbet.

I'm expecting this to be quite tight and like the look of a one-goal winning margin for either side at 13/10 with Betway. Under 2.5 goals also looks likely and it's a best 20/21 with Marathonbet.

Bournemouth top scorer Wilson missed the game with Chelsea after a minor knee operation and will sit this one out as well. But Josh King shouldered the burden for goals wonderfully, netting twice, and now boasts three goals in his last two starts.

King is 15/2 with Betfair to break the deadlock and Cardiff and is worth backing in the anytime scorer market at 12/5 with Betway.

The Cherries are also sweating on playmaker Daniel Brooks after a knock forced him off against the Blues. He was their star man in that victory so it would be a huge blow if he failed to make it.

Had Nathaniel Mendez-Laing not netted in injury time against Arsenal, it would have been five games without a goal for Cardiff. But Bobby Reid looked lively at the Emirates and may be the best option for a Bluebirds scorer at 11/4 (Unibet) in the anytime scorer market.

This English Premier League match between Cardiff City and AFC Bournemouth will be played on Feb 2, 2019 and kick off at 17:30. Check below for our tipsters best Cardiff City vs AFC Bournemouth prediction. You may also visit our dedicated betting previews section for the most up to date previews.