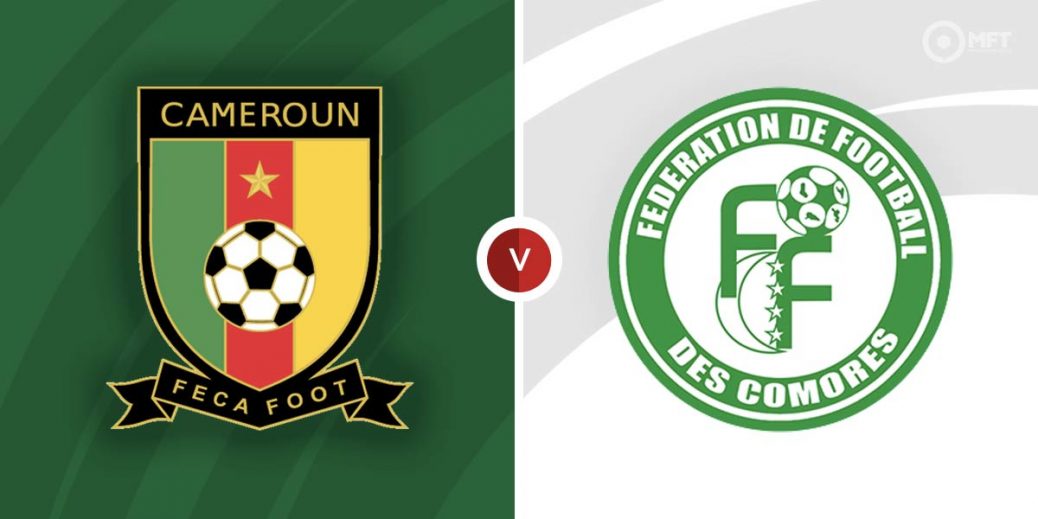 Cameroon could not have gotten a more favourable route to the quarter-finals of the Africa Cup of Nations as they face Comoros in the round of 16. While the debutants deserve respect for reaching this stage, Cameroon have been one of the best teams in the competition and should show their quality here.

It has been an impressive AFCON campaign so far for Cameroon, who finished the group stage unbeaten. They claimed two wins and a draw from their three matches to emerge as winners of group A.

After winning their first two matches, Cameroon were stopped just short of a perfect group stage record by Cape Verde in their final fixture. That game ended in a 1-1 draw with Vincent Aboubakar’s first half effort cancelled out by the Island nation.

Cameroon have flexed their attacking muscles at this year’s AFCON and are the leading scorers with seven goals. However, Antonio Conceicao’s men are yet to keep a clean sheet in the competition, conceding in all three of their matches.

This year’s Africa Cup of Nations has served up plenty of unexpected results with Comoros one of the surprise teams in the competition. Reaching the round of 16 on their AFCON debut is already a major achievement but beating the hosts will be one of the biggest shocks in the tournament’s history.

Following defeats in their opening two matches, Comoros had to wait until their final Group E fixture to secure qualification. Amir Abdou’s men claimed a surprise 3-2 victory against former champions Ghana to progress as one of the best third placed teams.

The three goals scored against Ghana shows that Comoros have some quality in attack, particularly with Ahmed Mogni and El Fardou Ben Nabouhane, who were both on target. However, they have conceded four goals in the competition, showing a defensive vulnerability that could be exploited by the experienced Cameroonians.

Cameroon are considered overwhelming favourites among the bookies and are priced at 30/100 by betway to claim the win. A victory for Comoros is valued at 25/2 by SBK while MansionBet is offering odds of 19/4 for a draw.

Both teams met twice during the qualifiers for the 2019 Africa Cup of Nations with Cameroon playing out a 2-2 draw in Comoros before earning a 3-0 victory in Yaounde.

Vincent Aboubakar is the leading scorer at this year’s AFCON after scoring five goals in just three group stage matches. The Cameroon striker is priced at 11/10 by BetVictor to once get on the score sheet on Monday.

El Fardou Ben Nabouhane got one of the goals in Comoros’ victory over Ghana and could be worth keeping an eye on. He is expected to continue in attack and is priced at 5/1 by bet365 to score on Monday.

Cameroon and Comoros have both produced some high scoring encounters in the competition so goals can be expected here. Over 3.5 goals is priced at 3/1 by Pari Match while over 2.5 goals is valued at 11/10 by BetVictor.

Given the minimal odds for a straight Cameroon victory, a win and over 2.5 goals offers more value at 13/10 with Coral.

This African Nations Cup match between Cameroon and Comoros will be played on Jan 24, 2022 and kick off at 19:00. Check below for our tipsters best Cameroon vs Comoros prediction. You may also visit our dedicated betting previews section for the most up to date previews.