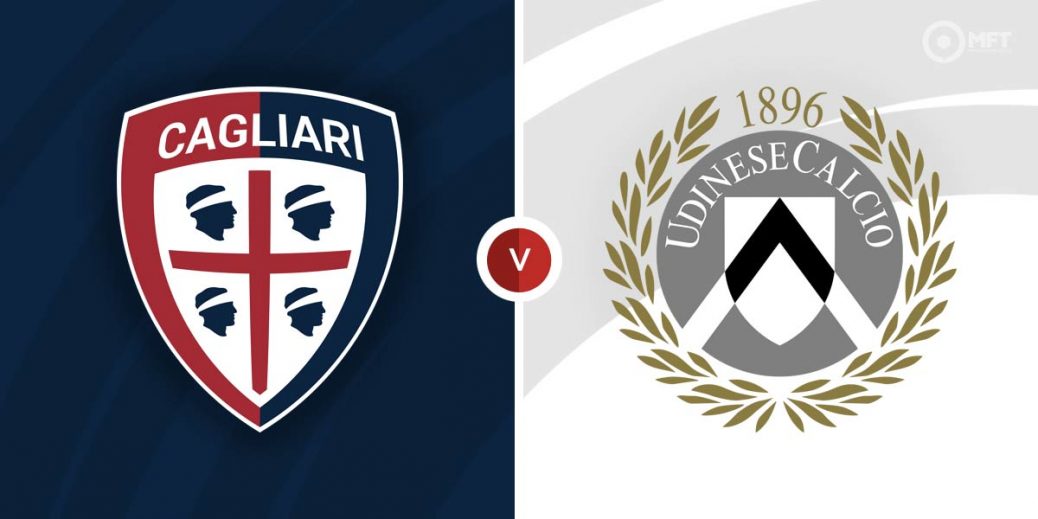 Relegation threatened Cagliari face a tricky test at home to Udinese in an Italian Serie A fixture on Saturday. The hosts have shown signs of a resurgence lately and will be keen to kick-start their campaign with a win at an out of sorts Udinese team.

Cagliari suffered a 4-0 defeat at Inter Milan in their previous Serie A fixture. They were second best throughout the contest and proved to be no match for the champions, finishing with just two attempts on target.

Despite that result, manager Walter Mazzarri will still feel his team are on the verge of a turnaround in fortunes having gone unbeaten in their previous four Serie A matches. They are just two points from safety and could climb out of the bottom three if results go their way this weekend.

More reason for optimism will be Cagliari’s recent home form that has seen them go unbeaten in their last three matches across all competitions at Unipol Domus. They warmed up for the visit of Udinese with a 3-0 victory over Serie B side Cittadella in the Coppa Italia.

Udinese were also victorious in the Coppa Italia in midweek as they triumphed 4-0 over second tier side Crotone. Ignacio Pussetto netted a brace while Isaac Success and Sebastian De Maio were also on target.

That result was a welcome distraction from their recent league performances that has seen them struggle to find their best form. Gabriele Cioffi’s men have claimed just one win from their last 10 Serie A matches and are getting dangerously close to the relegation zone.

Things are even worse for Udinese on their travels were they have claimed just one away win all season. They have lost three of their last four away matches and were beaten 3-1 by Empoli in their previous fixture on the road.

Udinese have the edge among the bookies at 31/21 with SBK while a victory for Cagliari is priced at 21/10 by BetVictor. Quinnbet is offering odds of 12/5 for a draw.

Udinese have a 23-11 advantage with eight draws from 42 previous matches against Cagliari. However, Cagliari were unbeaten in this fixture last season, earning a 1-1 draw at home before claiming a 1-0 victory in the reverse fixture at Dacia Arena.

Joao Pedro has nine goals this season and much of Cagliari’s survival hopes are hinged on the striker maintaining his scoring form. He was also on target in his last appearance against Udinese and is priced at odds of 19/10 by Sporting Index to get on the score sheet.

Udinese have a prolific striker of their own with Beto scoring seven Serie A goals this season. He is expected to continue in attack and is valued at 19/10 by Sporting Index to find the net on Saturday.

Cagliari and Udinese have quality in attack and both teams could be backed to score at 4/5 with 10bet. Over 2.5 goals could also be considered at evens with MansionBet while BetVictor is offering odds of 13/5 for over 3.5 goals.

Cagliari have opened the scoring in their last two matches against Udinese and could be tipped to score first on Saturday at 5/4 with MansionBet.

This Serie A match between Cagliari and Udinese will be played on Dec 18, 2021 and kick off at 19:45. Check below for our tipsters best Cagliari vs Udinese prediction. You may also visit our dedicated betting previews section for the most up to date previews.