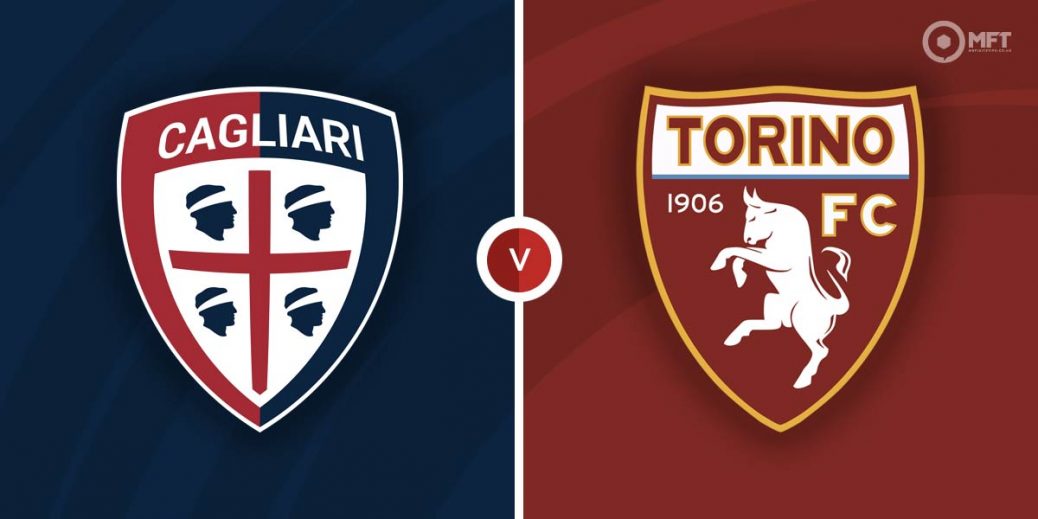 Cagliari are in desperate need of points as they host Torino in a Monday night Serie A fixture. The home team have shown signs of improvement in recent weeks and can give an erratic Torino team plenty of problems here.

It has not been the best campaign for Cagliari, who have spent much of it in the relegation zone. However, they are just two points from safety and recent performances will give them hope of an imminent turnaround in fortunes.

Cagliari showed some fight last time out in Serie A and earned a hard fought 0-0 draw at 10th placed Verona. They also almost claimed all three points in their previous home fixture against Salernitana, leading for much of the contest before conceding a late equaliser.

Although they have claimed only one win this season, Walter Mazzarri’s men have drawn their last three matches and will go into Monday’s clash with some confidence.

Torino will be disappointed not to have claimed the win in their previous Serie A fixture against Empoli. They raced to an early two goal lead through Tommaso Pobega and Marko Pjaca but capitulated after being reduced to 10 men to settle for a 2-2 draw.

Ivan Juric’s men are still as erratic as ever and travel to Cagliari with three wins and three defeats from their last seven matches. They are still in the bottom half of the table but favourable results this weekend could see them climb into the top 10.

One of the problems for Torino this season is a woeful record on their travels where they have claimed just one win from seven away matches.. They have lost their last four matches on the road, failing to score a single goal in that run.

Cagliari have a good recent record in this fixture and are unbeaten in five of their last six matches against Torino. They have won two of the last three fixtures but were beaten 1-0 in the most recent meeting at Unipol Domus.

As always, Cagliari will be banking on Joao Pedro, who has scored eight Serie A goals this season. Their hope of survival is largely dependent on the striker maintaining his goalscoring form and he could be backed to find the net on Monday at 9/4 with Unibet.

Torino have had attacking problems this season with Andrea Belotti often in and out of the team due to injury. In the striker’s absence, Antonio Sanabria should continue leading the line and is priced at 12/5 by Betfred to get on the score sheet.

Cagliari and Torino are not particularly prolific in attack and look set to serve up a low scoring encounter on Monday. Under 2.5 goals is priced at 5/6 by SBK while BTTS NO can also be considered at 11/10 with BetVictor.

Both teams were level at the break in their last meeting and could be set for a halftime draw at 11/10 with Skybet.

This Serie A match between Cagliari and Torino will be played on Dec 6, 2021 and kick off at 19:45. Check below for our tipsters best Cagliari vs Torino prediction. You may also visit our dedicated betting previews section for the most up to date previews.