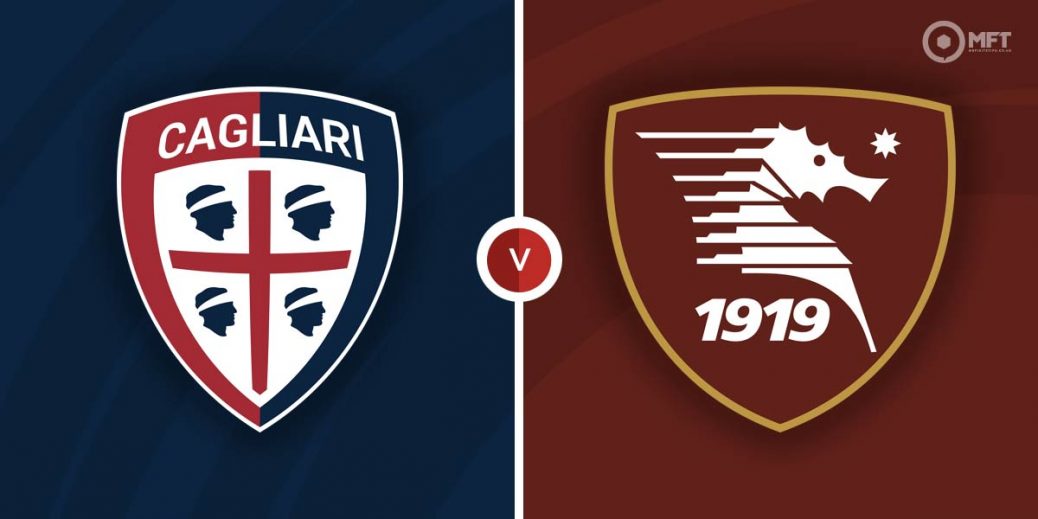 Two sides at the wrong end of the Serie A table square off as Cagliari host Salernitana. Both teams have been poor this season but fresh from earning a point at Sassuolo, Cagliari should have enough confidence to push for a win here.

It has been a disappointing campaign so far for Cagliari, who head into Friday’s clash seeking only their second win of the season. They have spent much of the campaign in the relegation zone and are four points from safety.

Cagliari showed some fight and signs of life in their previous Serie A fixture as they battled to a 2-2 draw at Sassuolo. They twice fought back from behind with efforts from Keita Balde and Joao Pedro earning them a share of the spoils.

Despite failing to see out the win, manager Walter Mazzarri will take some confidence from his team’s performance. Cagliari’s only win this season was a 3-1 home victory over Sampdoria.

Salernitana have claimed two wins this season but 10 defeats from 13 matches means they remain rooted to the bottom of the table. They are level on seven points with Cagliari and need to quickly turn their fortunes around to forestall an immediate return to the Serie B.

Stefano Colantuono’s men have lost their last three Serie A matches and were beaten 2-0 by Sampdoria in their previous fixture. They have also struggled on their travels this season with five defeats in their last six away matches.

A major problem for Salernitana this season has been a lack of cutting edge in attack as they are the lowest scorers in the Italian topflight. They have found the net just 10 times this term and are without a goal in their last three matches.

Cagliari are considered favourites among the bookies with betway offering evens for a home win. A victory for Salernitana is priced at 3/1 by SBK while a draw is set at odds of 27/10 by novibet.

Cagliari have won the last three matches against Salernitana and claimed a 3-0 home victory in a Serie B fixture back in 2016.

Despite Cagliari’s problems this season, Joao Pedro continues to have a solid personal campaign. The striker has eight goals in 13 matches this term and is priced at 11/10 by Paddy Power to find the net on Friday.

Cagliari often struggle defensively and that could give Salernitana some hope of getting on the score sheet. Federico Bonazzoli often features in attack for the visitors and is priced at 7/2 by SBK in the anytime goalscorer market.

There were over 3.5 goals in Cagliari’s last Serie A fixture and a repeat could be on the cards at 41/20 with Unibet. Over 2.5 goals can also be considered at 5/6 with 10bet while both teams could be backed to score at 7/10 with SBK.

Cagliari have seen first half BTTS in their last two matches and could be set for a repeat on Friday at 10/3 with bet365.

This Serie A match between Cagliari and Salernitana will be played on Nov 26, 2021 and kick off at 19:45. Check below for our tipsters best Cagliari vs Salernitana prediction. You may also visit our dedicated betting previews section for the most up to date previews.