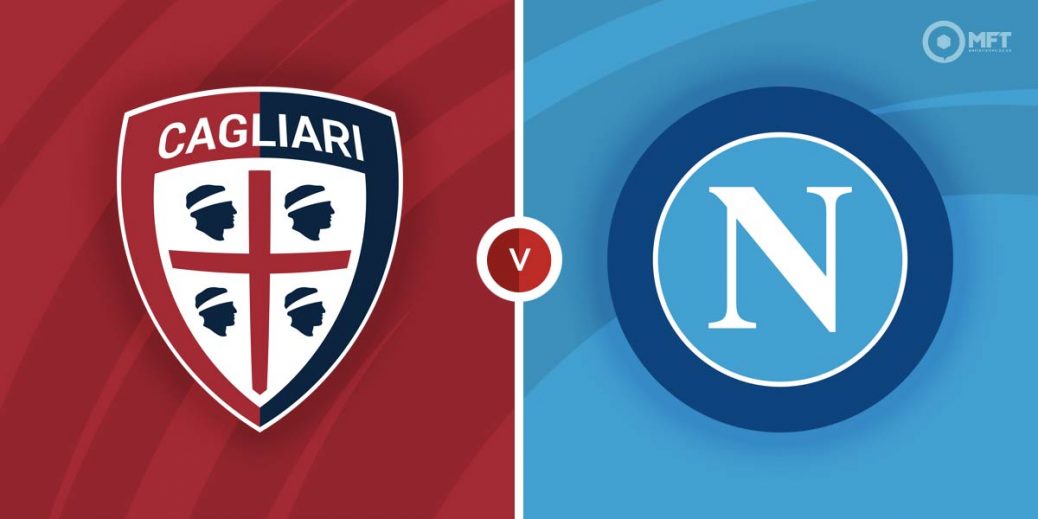 Napoli will be looking to go top as they travel to Cagliari for a Monday night Serie A fixture. The hosts have also been in good form lately and can end the weeked as league leaders.

Things are beginning to look up for Cagliari as they continue to slowly ease themselves away from the relegation zone. They have climbed out of the bottom three but remain level on points with Venezia in 18th place.

Leonardo Pavoletti’s equaliser six minutes from time earned Cagliari a 1-1 draw at Empoli last time out to extend their unbeaten run to three matches. However, they have claimed just one win in their last five matches.

Cagliari still need some improvement in their home form if they are to truly beat the drop this season. Walter Mazzarri’s men have claimed just one win from their last five Serie A matches at Unipol Domus.

Napoli are part of a three horse race for the Serie A as they sit third on the table, just three points behind leaders AC Milan who have played a game more. They are unbeaten in their last five matches across all competitions and are coming off a 1-1 draw at Barcelona in the Europa League on Thursday.

It was also a 1-1 draw for Napoli in their previous Serie A fixture as Lorenzo Insigne’s first half penalty ensured they shared the spoils with champions Inter Milan. However, they had won their previous four Serie A matches and will be targeting a vital win on Monday.

Napoli have also impressed on their recent travels and are unbeaten in their last five away matches in Serie A. They have won the last two fixtures on the road, claiming back-to-back 2-0 victories at Bologna and Venezia.

Napoli are considered overwhelming favourites among the bookies with SBK offering 4/7 for an away win. A victory for Cagliari is valued at 11/2 by BetVictor while a draw is set at odds of 7/2 by MansionBet.

Napoli are unbeaten in the last four matches against Cagliari, claiming three wins in that run. They won 2-0 in the reverse fixture back in September with Victor Osimhen and Lorenzo Insigne getting the goals.

Joao Pedro is the top scorer for Cagliari with 10 goals and will be the one to watch on Monday. The striker was on target in his last appearance at Unipol Domus and is priced at 27/10 by Sporting Index to get on the score sheet.

Victor Osimhen is slowly working his way back to full fitness after a spell on the sidelines and scored Napoli’s opener at Venezia. The Nigerian striker has also found the net in his last two appearances against Cagliari and is priced at 6/5 by Betfred to score anytime on Monday.

Given the minimal odds for a straight Napoli victory, a win and over 2.5 goals should offer more value at 5/4 with BoyleSports.

This Serie A match between Cagliari and Napoli will be played on Feb 21, 2022 and kick off at 18:00. Check below for our tipsters best Cagliari vs Napoli prediction. You may also visit our dedicated betting previews section for the most up to date previews.