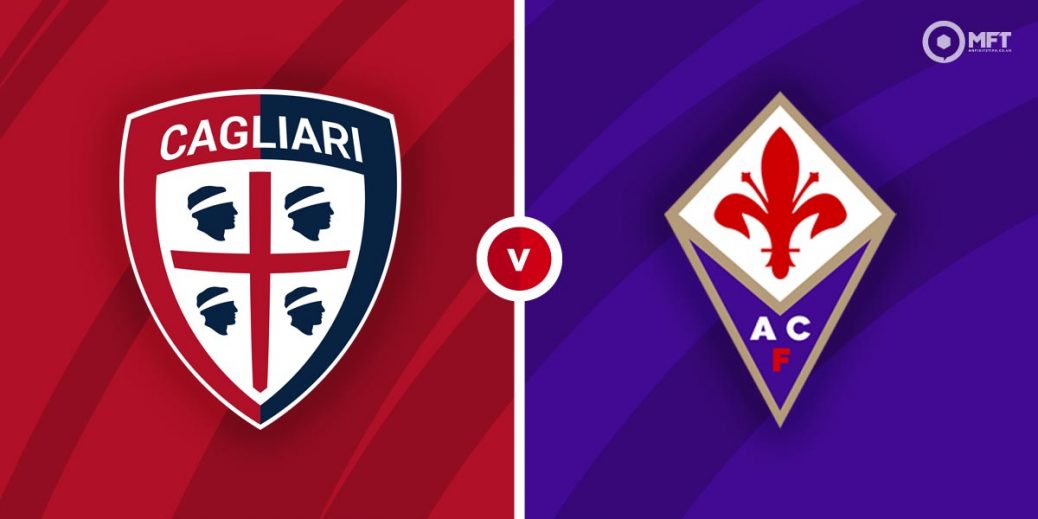 Two teams looking to continue their march away from relegation square off as Cagliari host Fiorentina in an Italian Serie A fixture at Sardegna Arena. With both sides showing some good form lately, Wednesday’s match is likely to finish all square.

Cagliari claimed all the points in a relegation six-pointer against Benevento last time out in Serie A. Efforts from Charalampos Lykogiannis, Leonardo Pavarotti and Joao Pedro gave them a 3-1 victory and a massive step towards survival this season.

The home side appear to be hitting their best form at the right time and head into Wednesday’s clash with four wins from their last five matches. That run has seen them move four points above the relegation zone with three matches left to play.

The one blemish for manager Leonardo Semplici in his side’s recent good form is their inability to maintain their discipline at the back. They have kept just one clean sheet in their last eight Serie A matches and conceded five goals in their last two home fixtures.

Fiorentina were also victorious in their previous Serie A fixture, claiming a 2-0 home win over Lazio. Dusan Vlahovic continued his fine scoring form with a goal in each half to secure the victory.

La Viola have also been in good form lately and travel to Sardegna Arena unbeaten in their last four matches. They have claimed some important points in that run, winning 2-1 at Hellas Verona and holding outgoing champions Juventus to a 1-1 draw.

Giuseppe Iachini's men are all but safe this season as they sit 13th on the table, seven points above the relegation zone. However, like Cagliari, they have also battled defensive problems all season and have kept just one clean sheet in their last 12 Serie A matches.

Cagliari have the slight edge among the bookies and are priced at 11/7 by Vbet to win. A victory for Fiorentina is valued at 40/17 by SBK while a draw is set at odds of 11/5 by BetVictor.

Fiorentina have the advantage in this fixture with 21 wins from 43 previous matches. Cagliari have claimed 12 wins while there have been 10 draws between both teams.

La Viola earned a 1-0 victory in the reverse fixture back in January.

Joao Pedro is the top scorer for Cagliari with 16 goals this season and will be the one to watch on Wednesday. The Brazilian forward has also found the net three times in his last four matches and is priced at 81/50 by Sporting Index to score anytime.

As always Fiorentina will look to Dusan Vlahovic to provide the spark in attack with the striker boasting 21 goals this season. With four goals in his last two appearances, he could be worth a punt in the anytime goalscorer market at 11/5 with Unibet.

With both teams struggling to keep clean sheets, the goals market could be considered. Over 2.5 goals is valued at 10/11 by bet365, over 3.5 goals is priced at 23/10 by BetVictor while SBK is offering odds of 7/10 in both teams to score.

There are likely to be goals in both halves at 17/20 with William Hill while both teams could be backed to score in the second half at 11/5 with Sporting Index.

This Serie A match between Cagliari and Fiorentina will be played on May 12, 2021 and kick off at 17:30. Check below for our tipsters best Cagliari vs Fiorentina prediction. You may also visit our dedicated betting previews section for the most up to date previews.