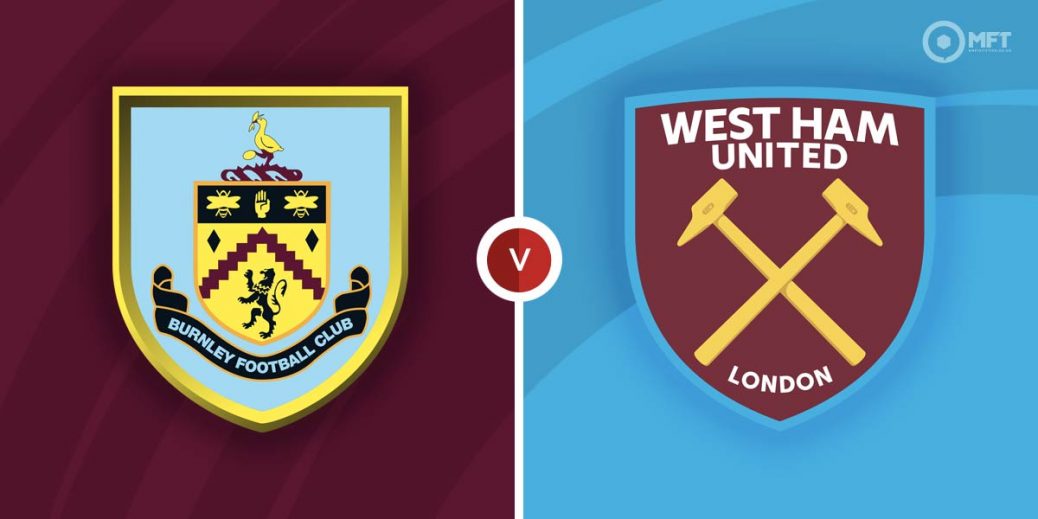 HIGH-FLYING West Ham United travel to struggling Burnley looking to build on a famous win against Chelsea in their last Premier League game.

David Moyes' side had the last of their three home games in a row on Thursday as they entertained Dynamo Zagreb in the Europa League and although they lost, they had a weakened team out.

They are in fourth in the league and clinging on to what would be an unlikely title challenge, although perhaps a Champions League slot is more realistic.

Burnley have endured something of a miserable season with just one league win all season. That was at home to Brentford in October and since then, they've had three draws and a defeat.

They are in the relegation spots and Turf Moor has hardly been a fortress either after just that one win in their six league home games this season.

Meanwhile, the happy Hammers have won four of their seven games away from the London Stadium in what has been an excellent campaign for the Irons so far.

West Ham are trading around the evens mark almost everywhere, but SBK have gone out on a limb with their 13/12 price on an away win.

West Ham went to Lancashire last season and won 2-1 as can be seen below. The capital side also won 1-0 in London.

However, in the previous season, Burnley won both games.

Chris Wood has scored wherever he's been in his career and has averaged almost a goal every three games. He's 21/10 with Coral to score against West Ham on Sunday.

Michail Antonio has scored 21 per cent of the Hammers' league goals this season and he will be popular to score on Sunday at 9/5 with Ladbrokes.

West Ham's never-say-die attitude was summed up last week when they twice came from behind to beat Chelsea. And despite being in midweek action, they have to be backed at anything around the evens mark here at Burnley.

They are usually very entertaining to watch and if they can score three goals against Liverpool and Chelsea recently, they must have a good chance of scoring at least two against a leaky Burnley side, who allowed Crystal Palace to score three recently at Turf Moore. They are 10/11 with bet365 to score two goals or more.

This English Premier League match between Burnley and West Ham United will be played on Dec 12, 2021 and kick off at 14:00. Check below for our tipsters best Burnley vs West Ham United prediction. You may also visit our dedicated betting previews section for the most up to date previews.