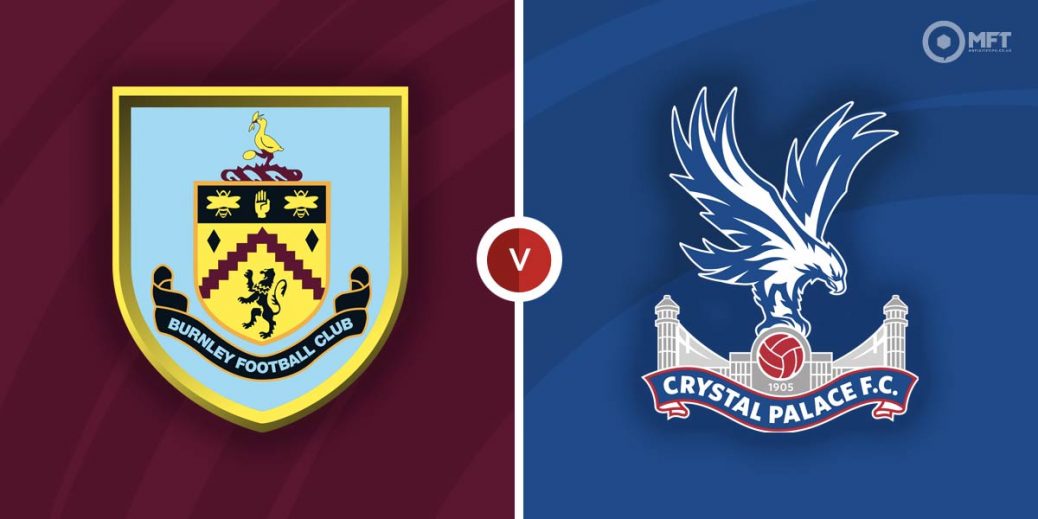 Crystal Palace will be aiming to continue their steady rise up the English Premier League table. They travel to Burnley, who have also been on the rise lately and both teams look set to cancel each other out.

After a difficult start to the season, Burnley appear to be slowly finding their feet having suffered just one defeat in their last three Premier League matches. Although, they remain in the bottom three, recent results will give them plenty of confidence.

Burnley claimed their first win of the season at the end of October after recording a 3-1 win over Brentford. Sean Dyche’s men followed that up with another solid display to hold Premier League leaders Chelsea to a 1-1 draw at Stamford Bridge.

Key to Burnley’s performances this season is Maxwell Cornet, who has arguably been their best player. Starting out in the wide areas, the former Lyon player has featured alongside striker Chris Wood up front in recent weeks and both men appear to be forming a decent attacking partnership.

The international break could not have come at a worse time for Crystal Palace, who have begun to find their feet under manager Patrick Vieira. They have won their last two matches and are now in the top 10.

The spark for Crystal Palace appears to be that impressive 2-0 victory away at Manchester City at the end of October. They followed that up with another 2-0 win over Wolverhampton Wanderers right before the international break.

Those two results mean Crystal Palace are now unbeaten in their last six Premier League matches, although they have been held to four draws in that run. They remain suspect defensively, particularly on the road where they have conceded 10 goals in their last five away matches.

The bookies appear to be split on this one with a win for Burnley priced at 31/16 by SBK, who are also offering 31/18 for a Crystal Palace victory. A draw is set at odds of 23/10 by SpreadEX.

Recent meetings between Burnley and Crystal Palace have been evenly split with both teams claiming three wins each in the last six matches. Burnley claimed a 3-0 victory in the most recent fixture back in February.

Maxwell Cornet will be looking to maintain his impressive form having found the net four times in six matches this season. Paddy Power has the forward at odds of 12/5 to find the net on Monday.

Connor Gallagher has been one of the stars for Crystal Palace this season and his impressive form has led to an invite to the English national team. The midfielder has found the net in his last two matches and that run could be tipped to continue at 9/2 with bet365.

There were over 3.5 goals in Burnley’s last home fixture and BetVictor is offering odds of 10/3 for a repeat. Over 2.5 goals is valued at 11/9 by SBK while both teams could be tipped to score at 10/11 with William Hill.

Crystal Palace have been level at the break in two of their last three matches, so a halftime draw can also be considered at 19/17 with SBK.

This English Premier League match between Burnley and Crystal Palace will be played on Nov 20, 2021 and kick off at 15:00. Check below for our tipsters best Burnley vs Crystal Palace prediction. You may also visit our dedicated betting previews section for the most up to date previews.