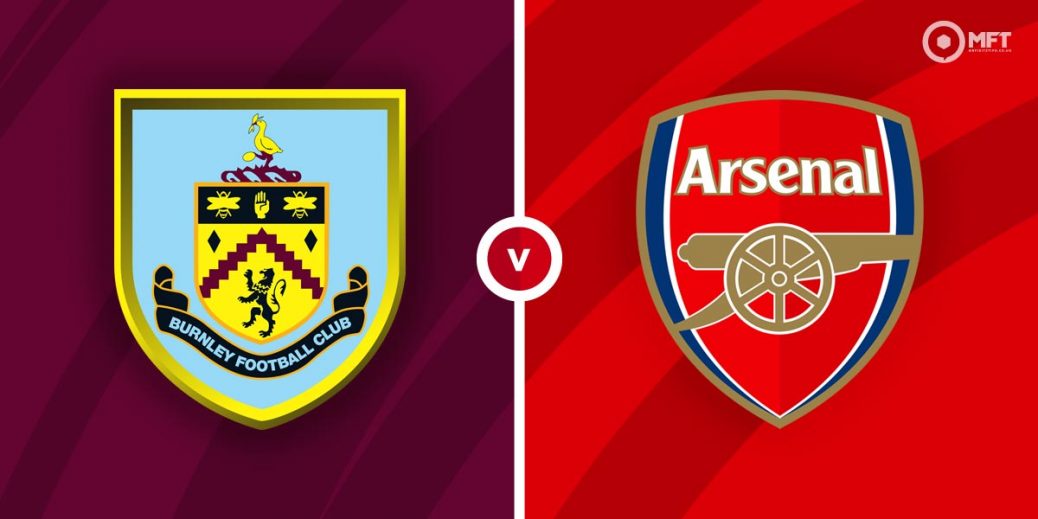 ARSENAL remain a work in progress under Mikel Arteta and this clash with Burnley is the type of game they need to start winning if they are to be considered Premier League contenders.

A top-four finish looks beyond the Gunners this season, with some bookies pricing such an outcome at 20/1, as they sit 10 points behind fourth-placed Chelsea heading into the weekend fixtures.

That's down to their inconsistency with Arteta's side winning just four of their last 10 games in all competitions. But two of those victories have come in their last two matches and another three points at Turf Moor would give them some momentum heading down the home straight.

Burnley's form has been even worse, with just one win in their last nine matches, and they have dropped back down towards the relegation places.

Sean Dyche's men are only six points clear of the drop zone but have also been hard to beat, with three of their last four league games ending in stalemates.

However, they will need to start turning some of those draws into wins to stay safe, with some statisticians predicting they are doomed to relegation.

Arsenal are odds-on favourites and don't offer much value at a best 9/13 with SBK while Burnley are as a big as 5/1 with the same firm. Given the Clarets' run of draws, plenty of punters will fancy another stalemate at 3/1 with Unibet.

Burnley are unbeaten in their last two games against Arsenal, following up a 0-0 draw at Turf Moor last season with a surprise 1-0 win at the Emirates earlier in this campaign (below).

But their record in this fixture before that was terrible, with the Gunners winning 11 in a row. The Clarets haven't beaten Arsenal at Turf Moor since a 2-0 League Cup win in 2008.

Nicolas Pepe has failed to nail down a first-team slot at Arsenal but should keep his place here after scoring and impressing in the 3-1 win at Leicester. The maverick French winger is 2/1 with Unibet for anytime scorer.

Burnley's biggest problem has been a lack of firepower, scoring just twice in their last six games. Big Chris Wood's height makes him a threat from set-pieces and the striker is 3/1 with Betway for anytime scorer. The Kiwi is also a decent 11/10 with Paddy Power to have one or more right-foot shots on target.

Burnley's games have generally been pretty cagey and there has been a trend of late for low-scoring Premier League matches. The six midweek games produced only six goals in total and it may be due to fatigue as the demanding schedule catches up with players.

So I'm betting against both teams to score in this one which is a best evens at SportNation, even though that bet failed to land for our man Mark in their midweek draw with Leicester. Under 2.5 strikes is also decent for accumulators at 9/10 with TonyBet.

Set-pieces are often crucial at Turf Moor so it could pay to go for the evens on offer at William Hill for each team to win over one first-half corner. A header to be scored also appeals at 6/5 with Betfred.

This English Premier League match between Burnley and Arsenal will be played on Mar 6, 2021 and kick off at 12:30. Check below for our tipsters best Burnley vs Arsenal prediction. You may also visit our dedicated betting previews section for the most up to date previews.