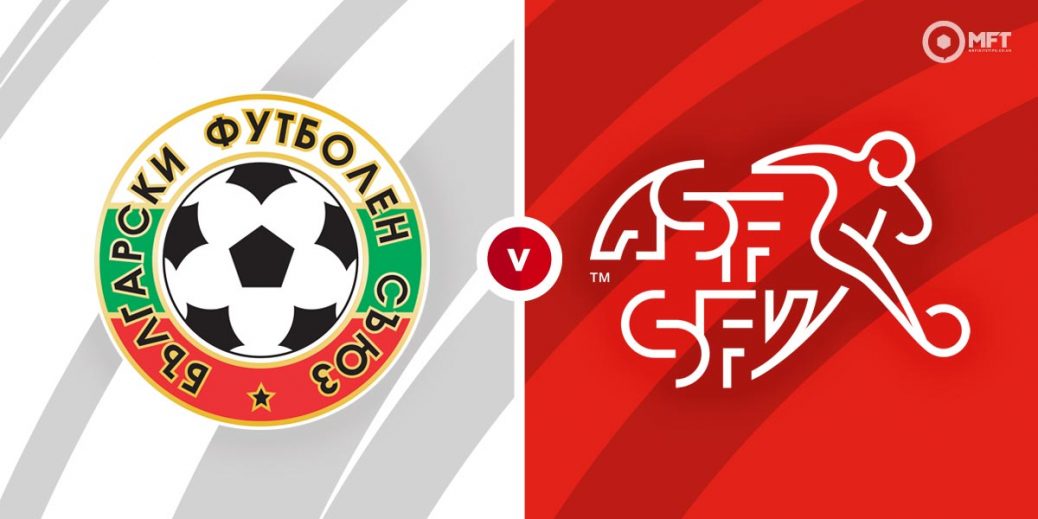 Bulgaria host Switzerland at the Vasil Levski Stadium in their opening Group C match of the European World Cup qualifiers. Neither team has impressed in their recent outings but the Swiss should use their quality and experience to get past the Bulgarians.

Switzerland ended their disappointing UEFA Nations League campaign on a positive note after being awarded a 3-0 victory. Several Ukrainian players tested positive to COVID-19 and were quarantined by health officials, leaving UEFA to award the Swiss a walkover victory.

The reality is that Switzerland have been poor in their recent outings and have not won a match since November 2019. In fairness, they have put up a number of spirited performances in that run and earned a 3-3 draw in Germany while they also held out for a 1-1 scoreline against Spain.

Vladimir Petkovic's men will be hoping to channel the performances in those matches and make a positive start to their World Cup qualifying campaign. The major problem is a poor defence as they have kept no clean sheets in their last seven matches.

Bulgaria are coming off a 0-0 draw against Republic of Ireland in a UEFA Nations League fixture back in November. It was a drab affair with the Bulgarians barely threatening and finishing with just a single attempt on target.

Yasen Petrov's men have had similar problems to Switzerland and head into this clash with one win in their last nine matches. Among the disappointing results in that run is a 1-0 loss to Wales while they were also beaten 2-1 by Finland with both defeats coming at home.

The bookies have Switzerland as overwhelming favourites and betway is offering 1/2 for an away win. A victory for Bulgaria is valued at 13/2 by Unibet while a draw is set at odds of 16/5 by William Hill.

Despite their recent struggles Switzerland are still expected to have too much quality for the Bulgarians and should claim the win.

Switzerland have a 3-1 advantage from six previous matches against Bulgaria. There have been just two draws between both teams while the Swiss ran out 3-1 winners in their last meeting during the European Championship qualifiers in 2011.

Bulgaria are likely to be on the back foot on Thursday and will look to centre backs Vasil Bozhikov and Valentin Antov to shut out the Swiss attack. They will be hoping for an unlikely clean sheet at odds of 6/1 at William Hill.

With Switzerland not particularly solid at the back, the likes of Admir Mehmedi, Haris Seferovic and Mario Gavranovic will be tasked with doing a bit more in attack. They are likely to require the extra goal to get past Bulgaria so Thursday’s clash should produce over 2.5 goals which is priced at 7/10 by Unibet.

The markets could also be combined to increase the value of your bets with a Switzerland win and over 2.5 goals priced at 5/4 by Paddy Power. Bulgaria are often behind at the break which means Switzerland could be backed to earn a half time win at 11/10 with Red Zone.

This World Cup match between Bulgaria and Switzerland will be played on Mar 25, 2021 and kick off at 17:00. Check below for our tipsters best Bulgaria vs Switzerland prediction. You may also visit our dedicated betting previews section for the most up to date previews.