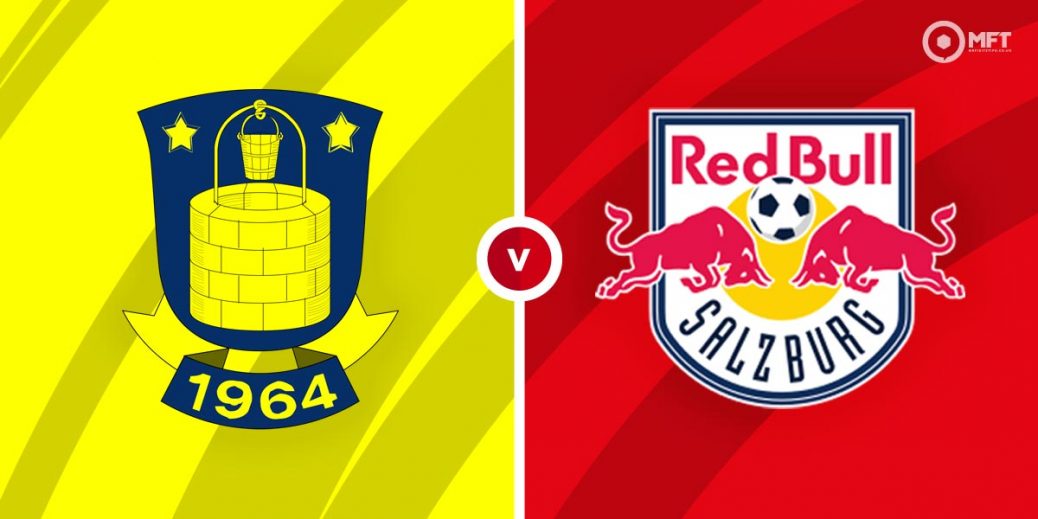 RB Salzburg are seeking a return to the group stage of the UEFA Champions League as they travel to Brondby Stadion for the second leg of their playoff against Brondby. Danish side Brondby have struggled in recent weeks and Salzburg will be confident of doing the double.

Brondby are looking to overturn a deficit after suffering a 2-1 defeat in the first leg. They threw away an early lead from Mikael Uhre as a second half capitulation saw them concede twice.

It has been a generally disappointing start to the season for Brondby, who have picked up just four points from six matches in the Danish Superliga. Niels Frederiksen’s men are also on a nine-match winless run across all competitions, losing three of their last four fixtures.

Brondby have also struggled at home in recent weeks and are without a win in their last two matches at Brondby Stadion. They suffered 1-0 defeat to Nordsjaelland in their last home fixture.

Salzburg showed their character in the first leg as they recovered from an early setback to claim a 2-1 victory. Karim Adeyemi grabbed the equaliser after the break while Brenden Aaronson netted the winner on the stroke of 90 minutes.

Matthias Jaissle's men are seeking an appearance in the group stage of the Champions League for the third straight season and have been in good form. Salzburg have maintained a 100% record in the Austrian Bundesliga and have won their last nine matches across all competitions.

Salzburg also have a fine record on their recent travels, winning their last seven away matches in all competitions. The one sour point is their defence that has kept just one clean sheet in their last five away matches.

Salzburg head into Wednesday’s clash as favourites among the bookies with SBK offering 5/9 for an away win. Despite playing at home, Brondby are considered outsiders at 11/2 with bet365 while a draw is set at odds of 18/5 with BetVictor.

Last week’s fixture was the first ever meeting between Brondby and Salzburg.

Despite their recent struggles, Brondby have scored at least one goal in their last 19 matches across all competitions. Striker Mikael Uhre has found the net four times this season, including the opener in the first leg and can ensure the Danes find the net at 46/100 with Vbet.

Karim Adeyemi has scored three goals in his last four matches for Salzburg and often has support from Benjamin Sesko. The Austrians have scored over 1.5 goals in six of their last seven away matches and both men can ensure that run continues at 4/9 with bet365.

Salzburg saw over 3.5 goals in their last fixture and Wednesday’s clash could be tipped to follow a similar pattern at 29/20 with Unibet. Over 2.5 goals is valued at 4/7 with MansionBet while Sporting Index is offering 5/8 on both teams to score.

This UEFA Champions League match between Brondby and RB Salzburg will be played on Aug 25, 2021 and kick off at 20:00. Check below for our tipsters best Brondby vs RB Salzburg prediction. You may also visit our dedicated betting previews section for the most up to date previews.