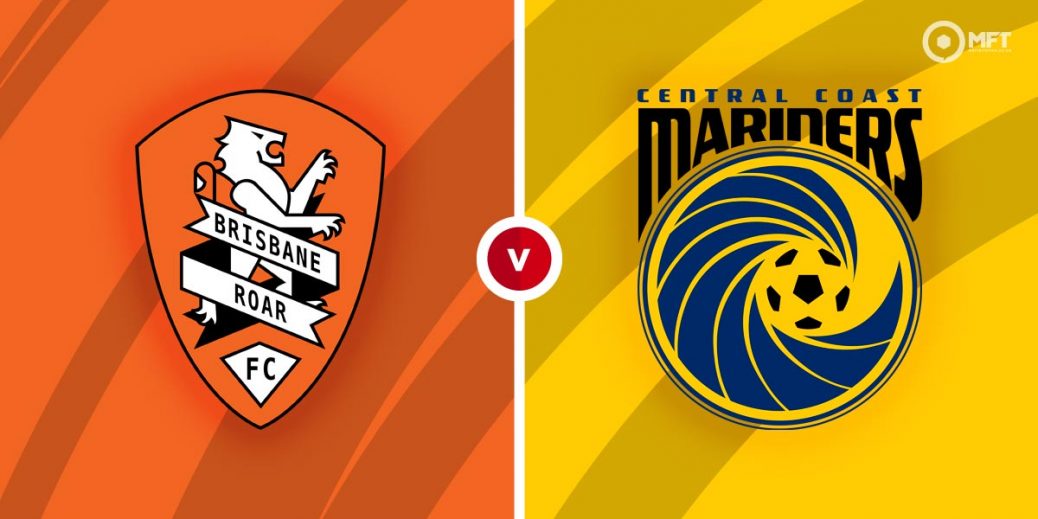 Brisbane Roar have their sights set on a place in the final series playoff as they host Central Coast Mariners in an A-League fixture at Moreton Daily Stadium. Brisbane have been on the rise in recent weeks and should have too much for the Mariners who appear to be going in the opposite direction.

Brisbane Roar were left disappointed after suffering a 3-2 defeat at Melbourne City in their previous A-League fixture. Having fought back to level before the break through efforts from Joseph Champness and Macaulay Gillesphey, they conceded the winner midway through the second half.

It was the first defeat in six matches for Brisbane and manager Warren Moon will take positives from his team’s performance. They will be confident of making a swift return to winning ways having claimed four victories in their last six matches.

Brisbane Roar are seventh on the table, just one point off the playoff places and can climb into the top six with a win on Wednesday. They are currently on a four-match unbeaten run at Moreton Daily Stadium and claimed a 2-1 over Western United in their last home fixture.

Central Coast Mariners were held to a 1-1 draw at strugglers Melbourne Victory last time out in La Liga. They failed to build on Matt Simon’s early opener and were pegged back midway through the second half.

The Mariners are a long way away from the form that saw them top the table in the early stages of the season. They are winless in their last five matches, a run that includes a 4-0 defeat to Brisbane Roar in April.

That poor run means Alen Stajcic’s men are now barely holding on to their playoff spot. They are fourth on the table, just two points above Brisbane and could find themselves outside the top six if results do not go their way this midweek.

Brisbane Roar go into Wednesday’s match as favourites among the bookies with a home win priced at 23/20 by BetVictor. SBK is offering 27/11 for a victory for Central Coast Mariners while a draw is set at odds of 3/1 by bet365.

With Brisbane Roar looking impressive lately, I am tempted to lean towards a home win.

Brisbane Roar have a 35-10 advantage with 16 draws from 61 previous matches against Central Coast Mariners. They have won the last four meetings and triumphed 4-0 in the reverse fixture back in April.

Midfielder Riku Danzaki and striker Joseph Champness have been among the goals for Brisbane in recent weeks, helping the team to over 1.5 goals in five of their last six matches. They will be confident of a repeat at 17/20 with Sporting Index.

Central Coast Mariners also have some attacking quality of their own, particularly with Matt Simon and Alou Kuol, who have combined for 16 goals this season. They will be hopeful of producing over 1.5 goals at 6/4 with SpreadEx.

Brisbane Roar could also be backed to score in both halves at 9/5 with Sporting Index.