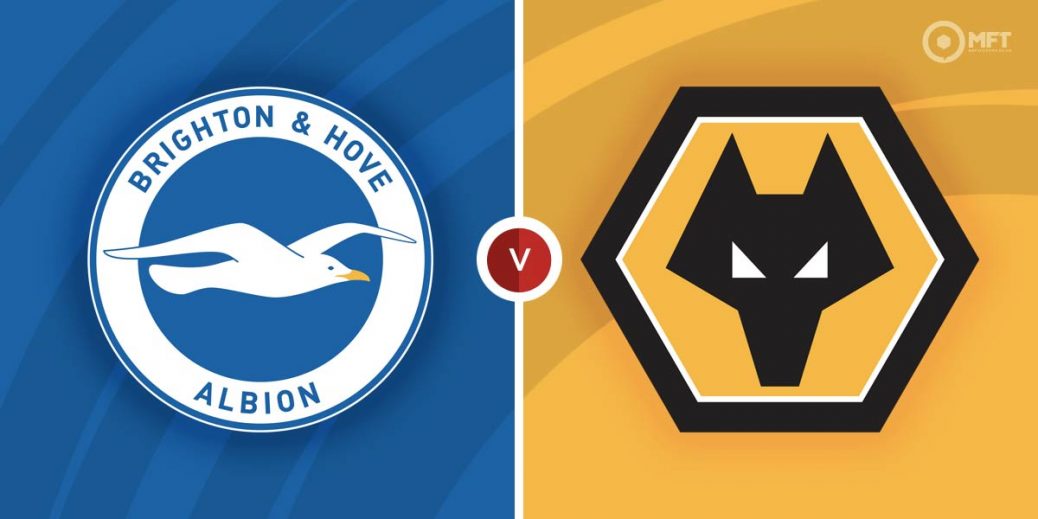 Brighton & Hove Albion host Wolverhampton Wanderers in a midweek English Premier League fixture. Separated by just one point, both clubs appear evenly matched at the moment and could be set to cancel each other out.

Brighton were not in action last weekend as their clash with Tottenham Hotspur was cancelled due to a COVID-19 outbreak in the Spurs camp. Their last taste of action was a 1-1 draw with Southampton with Neal Maupay netting a late equaliser.

That result has been typical of Brighton’s campaign as they have been the draw specialists. Graham Potter’s men have been held eight times in their last 10 matches and have not claimed a win since a 2-1 victory over Leicester City in September.

One of the reasons for Brighton’s recent run of draws appears to be an inability to keep things tight at the back. They have kept just one clean sheet in their last seven matches with late equalisers required in the last two.

Wolves are coming off a 1-0 defeat to Manchester City in their previous Premier League fixture. They were resolute for much of the contest and will feel hard done by the result with City’s goal coming via a controversial penalty.

That was the second straight defeat for Wolves, who were also beaten 1-0 in their previous fixture. However, manager Bruno Lage will take comfort from his team’s performance in both matches as they held their own against two of this season’s title contenders.

Like Brighton, Wolves have also played out a number of draws lately having been held by Norwich City and Burnley prior to their last two defeats. They have also drawn two of their last four away matches in the Premier League.

Brighton have the edge among the bookies at 8/7 with SBK, who are also offering odds of 31/10 for a Wolves victory. A draw is set at odds of 23/10 by SpreadEX.

Brighton have an 11-4 advantage with 11 draws from 26 previous matches against Wolves. Four of the last five fixtures have ended in draws, including a 3-3 scoreline in last season’s meeting at the Amex Stadium.

After enduring a lengthy goal drought, Neal Maupay appears to have rediscovered his scoring touch. The striker has found the net in his last two matches and could be tipped to get on the score sheet on Wednesday at 7/4 with Unibet.

Wolves will be without striker Raul Jimenez, who is suspended following a red card last time out. Hwang Hee-Chan has impressed since joining the club and could be worth keeping an eye on to score anytime at 3/1 with Paddy Power.

Brighton and Wolves have been on target in their last four fixtures and both teams could be backed to score at 6/5 with 10bet. Their last meeting produced over 2.5 goals which is priced at 31/20 by BetVictor.

Wolves have been level at the break in their last six matches and could be set for a half time draw at evens with Sport Nation.