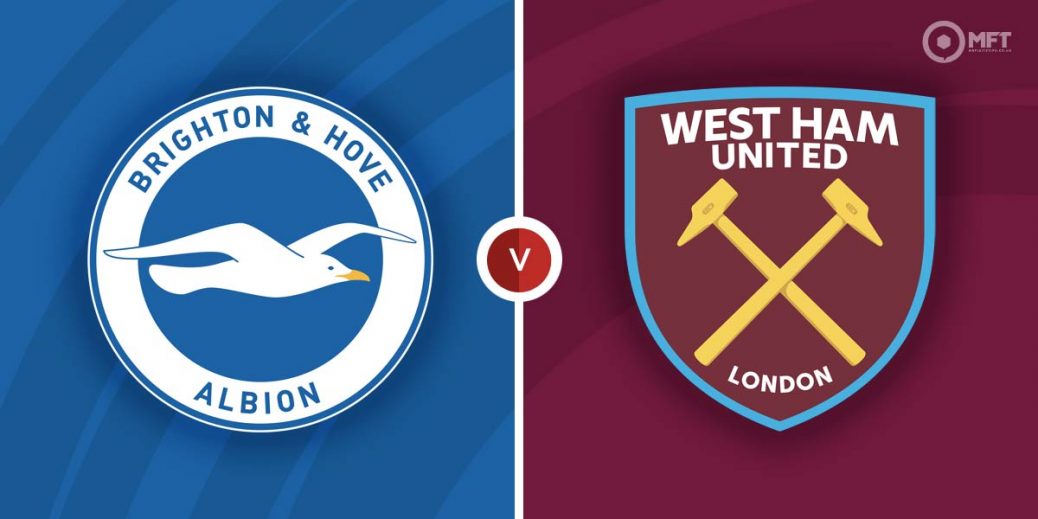 Brighton & Hove Albion end a fine Premier League campaign with a clash against West Ham United at the Amex Stadium. The Hammers are still in with a chance of booking a place in the Europa League next season and will give the hosts a good fight.

Although there have been a few bumps along the way, Brighton & Hove Albion have plenty of reasons to be satisfied with their campaign this season. Currently 10th on the table, they have a chance to finish as high as eighth if results go their way this weekend.

Brighton have shown their quality in the final weeks of the season and are unbeaten in their last four Premier League matches. Graham Potter’s men have claimed two wins in that run but were held to a 1-1 draw by Leeds United in their previous fixture.

Things have been difficult for Brighton at the Amex Stadium as they have won just once in their last nine home matches. However, that win came in their most recent outing in front of their fans as they pick up a big 4-0 over Manchester United.

West Ham have plenty to play for heading into the season finale with a place in the Europa League still within reach. Sitting two points behind Manchester United, they will need results to go their way on Sunday in order to climb into sixth place.

The Hammers will be disappointed not to have seen out the win in their previous Premier League fixture against Manchester City. Jarrod Bowen’s first half brace helped them to a two-goal lead at the break but they allowed the champions back in it to settle for a 2-2 draw.

The result means West Ham have claimed just one win from their last six Premier League matches. That win came in their previous fixture on the road as David Moyes’ men claimed a 4-0 victory at already relegated Norwich City.

There is little to separate both teams among the bookies with a win for Brighton priced at 8/5 by Betfred while a West Ham victory is valued at 30/17 by SBK. A draw is set at odds of 28/11 by 10bet.

The last six matches between Brighton & Hove Albion and West Ham have ended in stalemates. Both teams battled to a 1-1 draw in the reverse fixture back in December with Tomas Soucek opening the scoring for the Hammers while Neil Maupay struck a late equaliser for Brighton.

Leandro Trossard has been among the standout players for Brighton this season and has been particularly impressive in recent weeks. The Belgian forward has four goals in his last six matches and is priced at 19/5 by SBK to find the net on Sunday.

Jarrod Bowen has been exceptional for West Ham this term, earning a nomination in the player of the season award. The attacker has scored 12 Premier League goals, including a brace last time out and is priced at 5/2 by Paddy Power to find the net.

Brighton and West Ham are exciting going forward and with both teams scoring in their last six meetings, a repeat could be considered at 7/10 by SBK. 10bet is offering odds of 5/6 for over 2.5 goals while over 3.5 goals is priced at 21/10 with Sport Nation.

There have been more goals after the break in five of the last six meetings so the second half can be tipped as the highest scoring half at 11/10 with Paddy Power.