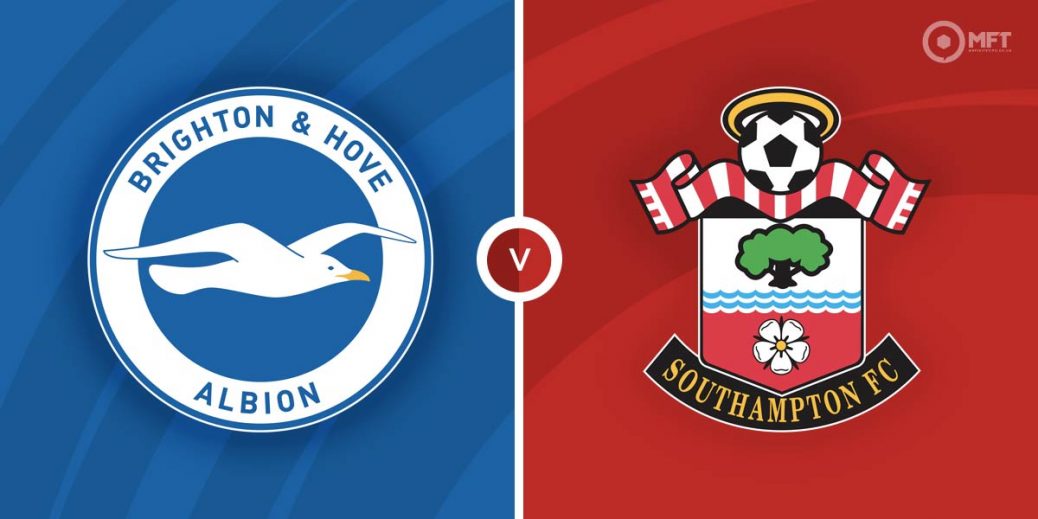 Brighton & Hove Albion host Southampton in the Premier League on Sunday with both teams looking to bounce back following midweek defeats. A closely fought encounter is predicted here but given Brighton’s recent results, they should have the edge.

Brighton & Hove Albion are coming off a 3-0 defeat to Manchester City in their previous Premier League fixture. They frustrated the champions during the opening exchanges but succumbed in the second half.

The result leaves Brighton just inside the top half of the table as they continue to push for their highest ever finish in the Premier League.

Brighton have generally been in good form lately and manager Graham Potter is unlikely to be too worried with the defeat at Manchester City. Having beaten Arsenal and Tottenham Hotspur in their previous two fixtures, they will be confident of making a swift return to wining ways.

Southampton also suffered defeat last time out as they were beaten 2-0 by relegation threatened Burnley on Thursday. They struggled to create much going forward with their best chances falling to Oriol Romeu, who headed wide from corners in the first half.

The result is a return to Southampton’s indifferent form following their 1-0 win over Arsenal in their previous fixture. Five defeats from their last seven matches means they remain in the bottom half of the table, but can move as high as ninth if results go their way this weekend.

Among the problems for Southampton lately is a poor record on their travels where they are winless in their last four matches. Ralph Hassenhuttl’s men have been beaten twice in that run with a 4-0 defeat to Aston Villa also highlighting a vulnerable backline.

Brighton have the upper hand among the bookies with a home win priced at 6/5 by SBK. A victory for Southampton is valued at 27/10 by William Hill while a draw is set at odds of 47/20 by Unibet.

Brighton and Southampton have claimed one win each and two draws from their last four meetings. Both teams battled to a 1-1 draw in the reverse fixture back in December.

Leandro Trossard missed the defeat at Manchester City due to Illness and is likely to return for Brighton this weekend. The attacker has scored in his last two appearances and is priced at 19/5 by SBK to find the net.

Southampton’s forward players have looked slightly off colour lately with most of their attacking threats coming from set pieces. James Ward-Prowse is often dangerous with free-kicks and could be worth keeping an eye on at 43/10 with SBK.

Brighton and Southampton have not been convincing at the back lately so both teams could be backed to score at 8/9 with SBK. Over 2.5 goals can also be considered at 11/10 with bet365 while over 3.5 goals is valued at 11/4 with Sport Nation.

Brighton have opened the scoring in three of the last four meetings with Southampton and could be backed to grab the first goal on Sunday at 4/5 with 10bet.