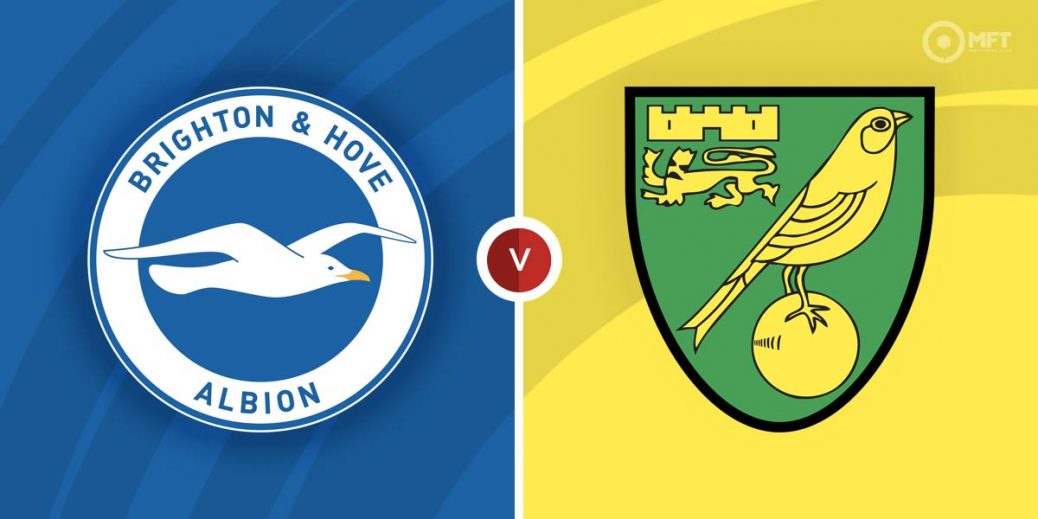 Brighton will be looking to snap a six-game losing streak as they host bottom side Norwich City in a Premier League fixture on Saturday.
Things have been difficult for Brighton since the turn of the year as they have failed to capture some of their fine showings from the first half of the season. They have claimed just one win from their last 10 Premier League matches and have lost their last six matches.

Brighton suffered a 2-0 home defeat to Tottenham Hotspur in their last fixture prior to the international break. Their poor run has seen them slip further down the table, although they still have a solid buffer above the relegation zone.

Things have gone from bad to worse for Norwich City, who are slowly being cut from the rest of the league. Sitting seven points from safety, they will need a good run of results to retain their Premier League status this season.

Norwich City have been on a similar run of form with Brighton in recent weeks and are winless in their last seven Premier League matches. They have also lost their last six matches and were beaten 2-1 at Leeds United in their previous fixture.

Dean Smith’s men have been poor travellers throughout the season and head into Saturday’s clash with just one win from their last eight away matches. They have been beaten six times in that run while some of their biggest defeats have also come on the road, including a 7-0 thrashing at Chelsea.

Brighton have the upper hand among the bookies with a home win priced at 1/2 by Betfred. A victory for Norwich City is valued at 39/5 by SBK while William Hill is offering odds of 3/1 for a draw.

Brighton are unbeaten in the last three meetings with Norwich City, claiming two wins in that run. However, both teams battled to a 0-0 draw in the reverse fixture back in October.

Brighton have found things difficult in attack lately but forward Neal Maupay still carries a big threat. The French striker has eight Premier League goals this season and could be tipped to score anytime at 42/41 with SBK.

Brighton have kept clean sheets in the last three matches against Norwich and with Lewis Dunk expected to continue in central defence, a repeat could be on the cards at 5/6 with Coral.

Given the attacking problems of both teams, under 2.5 goals could be on the cards at 4/5 with BoyleSports while BTTS NO could also be considered at 7/10 with SBK. With Brighton faring slightly better than the visitors, they could be tipped as the only team to score at 11/10 with bet365.

Having kept clean sheets in the last three meetings with Norwich City, winning two of those fixtures, Brighton could be tipped to earn a win to nil at 5/4 with BetVictor.