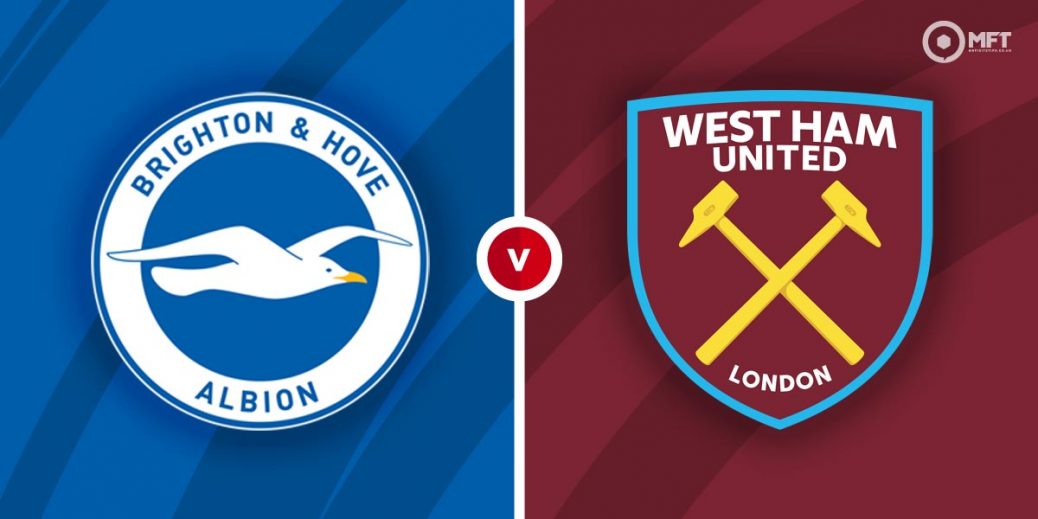 WEST HAM UNITED bombed at home in their last game and daren't afford any more slip-ups on the south coast against a Brighton side free from relegation worries.

David Moyes' side fell to a hugely disappointing 1-0 home defeat to Everton in one of their weakest displays of the season to almost certainly end their Champions League hopes.

It's behind them they need to look now with Liverpool a point behind them going into Thursday's rearranged game at Manchester United.

It would be a huge shame if the Hammers were to miss out on Europe given the outstanding season they've had and a win at the Amex is imperative.

Interestingly, Brighton will be without suspended talisman Lewis Dunk for the game and the omens are not good for the hosts when that happens – he's missed seven games since Albion returned to the top flight and they've failed to win any of them and only taken three points.

So it's a golden opportunity for the London side to take advantage.

West Ham are 31/20 favourites with Unibet. The home side can be backed at 9/5 with Tonybet, while the draw is available at 13/5 with SBK.

The sides fought out an entertaining draw just after Christmas at the London Stadium which finished in a 2-2 draw. In fact, the last four meetings between the sides have ended in stalemate with plenty of goals too. West Ham haven't won in Brighton in ten years.

Danny Wellbeck is usually a threat and has five goals this season for the Seagulls including three in his last seven. He's 13/5 to net anytime with bet365.

Jesse Lingard has been a key addition to the Hammers since he joined on loan from Manchester United and he has scored nine goals in 19 appearances. He's due a goal after three games without one and he's 2/1 with Unibet to score.

Both sides are comfortably in the top half of the both teams to score table and that looks a value call at 9/10 with Sport Nation.

But the absence of Brighton skipper Dunk should fall into the hands of a West Ham team who need the win for Europe at a team who have only won one of their last six games. Try West Ham to score two or more goals at 29/20 with Unibet.