Brighton and Hove Albion vs Watford Prediction and Betting Tips 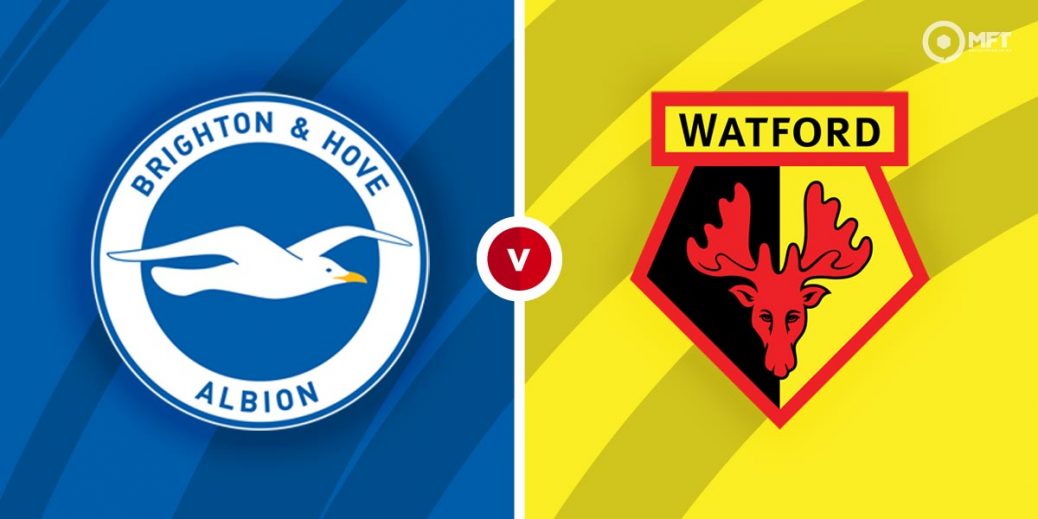 Brighton and Hove Albion vs Watford

TWO of the Premier League's best starters face off on the south coast as Brighton host Watford after both sides got off to a brilliant start to their league season.

The home side started their campaign with a hard-fought 2-1 comeback win at Burnley and not too many teams take away the full points from Turf Moor.

Watford arguably got off to an even better start when they defeated Aston Villa 3-2 at Vicarage Road after racing into a three-goal lead, although they did have a nail-biting end to the match after Villa responded with two goals, but their fightback fell short.

So both sides should be on a high going into this encounter at the Amex.

Graham Potter's side have high ambitions this season and there's been plenty of noises about them securing a top half finish. They are unbeaten in their last five home Premier League games.

Watford are one of the favourites to go down and return to the Championship, but they have the winning habit – of their last 19 games, they have won an impressive 15 of them.

Brighton are odds-on favourites across the board. The 8/11 with William Hill's is about the best you'll get on a Seagulls win. The Hornets can be backed at 93/20 with Tonybet and the draw is 5/2 with bet365.

The clubs fought out a 1-1 draw in their last meeting which was also in the top flight, as you can see below. Watford haven't won in Brighton for six years.

Neal Maupay started his season with a goal in Lancashire last week and the French hitman is the obvious dangerman for Brighton after scoring eight goals last season. He's 29/20 with Unibet to score anytime on Saturday.

Ismaila Sarr is always a threat for Watford and managed to score on the opening day last weekend. He's now scored seven goals in his last ten games for his side and looks to be very attractively priced at 9/2 with bet365.

Brighton look far too short to be backed to win on their own and this Watford team could pose sides problems this season. Both Brighton and Watford scored and conceded last week and the same looks decent value to happen again at 28/25 with Tonybet for both teams to score.

Given that we expect goals, take a chance on over 3.5 goals which looks way too big at 17/5 with BetVictor as this has all the makings of an attractive match with two teams full of confidence.