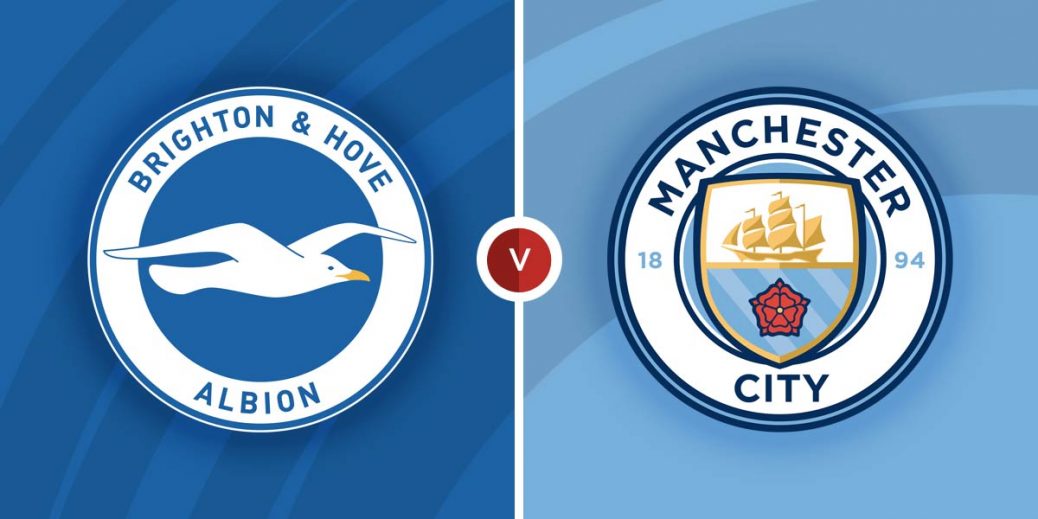 BRIGHTON have been the Premier League's surprise package so far this season but it would be a massive shock if they toppled champions Manchester City at the AMEX.

Having flirted with relegation for most of their top-flight existence, the Seagulls soared up to fourth place after losing just one of their first eight games this term.

That they have done so playing expansive football without splashing the cash is a massive testament to the work Graham Potter has done on the south coast.

But it's hard to see Brighton remaining in the Champions League places, especially after facing a City side who have netted 11 times across three games at Europe's top table this season.

Five of those came as they mauled Club Brugge in midweek, helping my Tuesday bet builder land, and it's the fifth time this season Pep Guardiola's men have scored five or more in a game.

City have slipped up a few times in the league already, drawing with Southampton and Liverpool after losing at Spurs, but look to be hitting their stride now.

It's no great surprise to see Man City as odds-on favourites and they're a best 4/9 with SpreadEx. Brighton are as big as 38/5 with SBK while the stalemate pays 4/1 at Betfred.

Brighton stunned Guardiola's men with a 3-2 victory at the AMEX last season (below) but lost eight in a row in this fixture before that. Their home form is pretty decent against City who have won just three times on their last eight visits.

Guardiola (below) will probably make a few changes as this league clash comes in the middle of that Euro date with Brugge and a League Cup tie with West Ham.

Gabriel Jesus was left on the bench in Belgium so I fancy him to start here and the Brazilian is a decent 9/5 with Unibet to score.

Neal Maupay has been the focal point for Brighton's attack and the Frenchman has four goals from just eight appearances so far this term. He's 15/4 with Betway to add to that tally when City come calling.

The goals have dried up for Brighton of late, with just one scored across their last three games, which have all ended in stalemates. So I'm going to back a City win to nil at 5/4 with 888Sport, a bet that has come up five times this season. Betting against BTTS also appeals at 13/16 with SBK, especially for accumulators.

Only two Brighton games all season have seen three or more goals but it might be risky backing under 2.5 goals at 21/20 (SportNation) as City are looking pretty sharp in front of goal. The last three meetings of these sides at the AMEX have all produced five goals and that makes backing over 2.5 goals a wiser investment at 16/19 with SBK.

We saw five yellows and a red in this fixture last term but that has been the exception rather than the rule, with just five cards flashed across the four previous meetings. Neither team is known for sticking the boot in and that makes under 2.5 cards a decent option at 5/4 with McBookie.