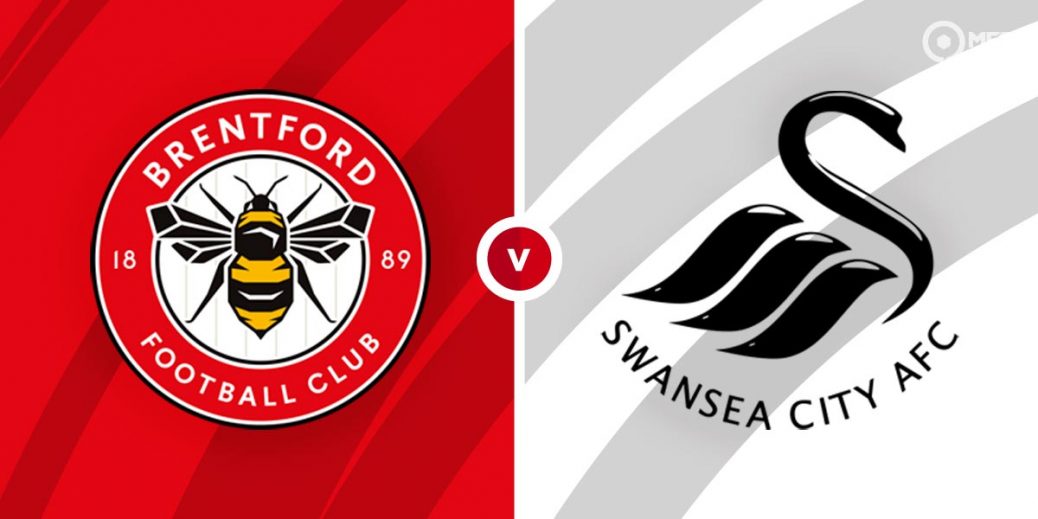 IT'S the £180 million self-styled ‘richest game in football' and either Brentford or Swansea City will be celebrating with their share of 10,000 fans at Wembley on Saturday.

The English Championship play-off final is one of the great occasions in the season and while obviously, the lack of fans dilutes the occasions, there will be no less tension in London.

Brentford reached the Final after a dramatic comeback against a ten-man Bournemouth side who led from the first leg and went ahead in the second leg too before imploding and the Bees will surely take a huge amount of confidence from that win.

Swansea City completed the job by drawing at home to Barnsley after winning away, although they had to endure a nervy last 20 minutes or so at the Liberty Stadium.

Brentford haven't been in the top flight since 1947 and carry with them the worst record in English football in the play-offs – they have failed nine times to win promotion through the system!

Swansea were in the Premier League for seven seasons before being relegated three years ago and will be desperate to return.

Brentford are perhaps surprisingly clear favourites for the showdown, given how edgy these games can be. They are odds-on everywhere and the best price you can get is 28/29 with VBet. The Welsh side are 7/2 with Unibet and the draw in 90 minutes can be backed at 12/5 with Tonybet.
The Bees are 4/9 to get promoted with VBet, with the Swans 7/4 to go up with the same firm.

The sides have met twice this season and both games finished in a 1-1 draw. The clubs also met in last season's play-off too at the semi-final stage and the London club won 3-2 on aggregate.

There's no question Brentford's Ivan Toney is the main danger man for the final. He's scored 32 goals for the season and is their penalty taker too. He's 7/5 with Unibet to score anytime at Wembley.

On loan Aston Villa midfielder Conor Hourihane is a key man for the Welsh side and he went through a purple patch for goals earlier this season. He's a big price at 7/1 with Paddy Power to net anytime.

The key clash in this game could be the fascinating encounter between outstanding Swansea City stopper Marc Guehi and Ivan Tonev. Guehi won both Man of the Match awards during their semi-finals against Barnsley and will have to replicate that form to stop Tonev.

It does seem Brentford are too short given their atrocious record in play-offs and the fact they lost last year's final too. They also had to rely on Bournemouth self-destructing to reach Wembley in the semi-finals.

Brentford went from it from the start against Bournemouth and there could be goals here too. While historically, these games can be low-scoring, the last two finished 2-1 and bookies have underplayed the chance of goals. Go over 2.5 goals at a generous 31/20 with BetVictor.

This English Championship match between Brentford and Swansea City will be played on May 29, 2021 and kick off at 15:00. Check below for our tipsters best Brentford vs Swansea City prediction. You may also visit our dedicated betting previews section for the most up to date previews.