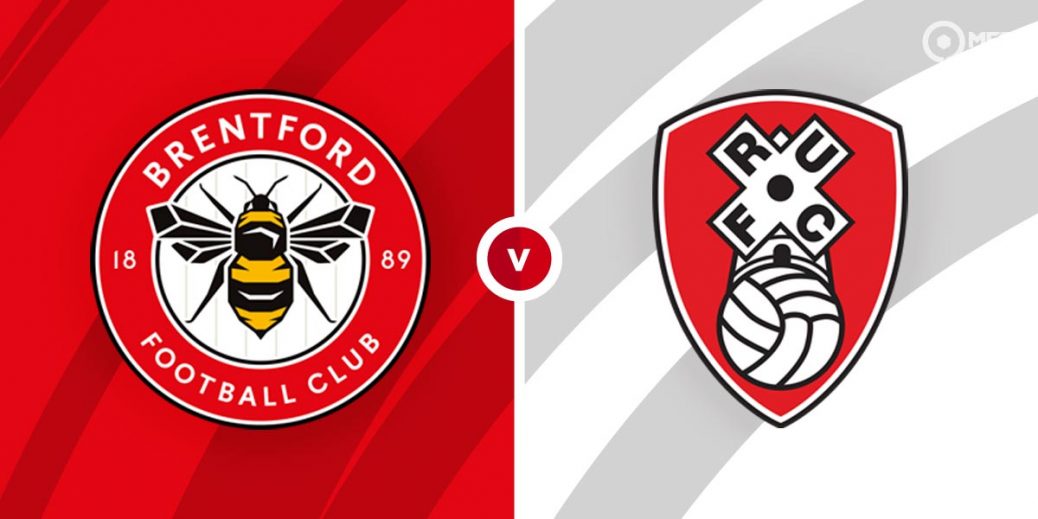 Brentford host Rotherham United in an English Championship fixture at the Brentford Community Stadium as they look to strengthen their hold on third place. With the automatic promotion places already decided the Bees will hope to build some momentum ahead of the playoffs and should ease past a struggling Rotherham team.

Brentford are coming off a 1-0 victory at in-form Bournemouth in their previous Championship fixture. They stood firm against the Cherries despite playing much of the second half with 10 men as Brian Mbeumo sealed the win 13 minutes from time.

The result took the Bees above Bournemouth into third on the table and sealed a place in the playoffs. With sixth place Barnsley just one point behind, the Bees will be hoping to hold on to third place and build some momentum ahead of the playoffs.

Thomas Frank’s men are currently on a seven-match unbeaten run in the Championship. They have also looked solid defensively lately, keeping four clean sheets in their last five matches.

Rotherham United suffered a 1-0 defeat against Barnsley last time out in the Championship. They fell behind early in the first half and failed to find a way back into the contest despite creating several goal scoring opportunities.

The result means Paul Warne's men are still four points adrift of safety, although they have two matches in hand. They have looked out of sorts lately and head into Tuesday’s match off the back of four straight defeats.

Brentford are favourites among the bookies and are priced at 10/17 by SBK to win. A victory for Rotherham is set at odds of 6/1 by Paddy Power while bet365 is offering 10/3 for a draw.

With Rotherham losing their last four matches, I am backing Brentford to secure a comfortable victory.

Brentford have a 14-11 advantage with six draws from 31 previous matches against Rotherham United. The Bees have won the last four meetings and earned a 2-0 victory in the reverse fixture back in December.

Brentford have looked solid at the back in recent weeks with centre backs Ethan Pinnock and Christian Norgaard playing prominent roles. They have helped the team to four clean sheets in their last five matches and will be hoping for a repeat at 13/10 with Sporting Index.

At the other end of the pitch, Brian Mbeumo will be hoping for a start after coming off the bench to score at Bournemouth. Bet365 has the French forward at 15/8 to score anytime.

With Brentford looking solid at the back lately, a win to nil could be on the cards at 13/10 with Sporting Index. A -1 handicap bet is also worth considering at 8/5 with Red Zone.

Given Rotherham’s attacking problems in recent weeks, they can also be backed not to score at 11/10 with William Hill.

This English Championship match between Brentford and Rotherham United will be played on Apr 27, 2021 and kick off at 19:00. Check below for our tipsters best Brentford vs Rotherham United prediction. You may also visit our dedicated betting previews section for the most up to date previews.