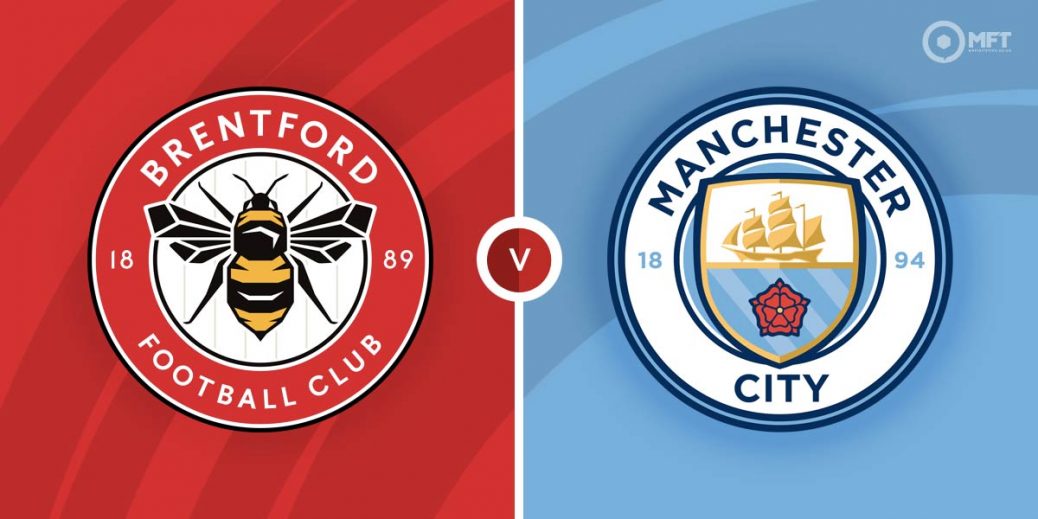 Leaders Manchester City will be looking to tighten their grip at the top of the Premier League when they travel to Brentford for a midweek fixture. The hosts have found things difficult in recent weeks and should be no match for the reigning champions.

Brentford were one of the surprise teams at the start of the season as they caught the eye with a string of impressive performances and results. However, they appear to have gone off the boil in recent weeks and head into Wednesday’s clash with just two wins from their last 10 Premier League matches.

The Bees have much of their players back following a COVID-19 outbreak in the squad. However, despite having almost the full compliment of the team, Thomas Frank’s men struggled in their Boxing Day fixture as they were beaten 2-0 at Brighton.

Brentford are without a clean sheet in their last five matches across all competitions and are likely to struggle against Manchester City’s attack.

Manchester City have been relatively unaffected by the illness and injuries affecting other clubs at the moment and continue to have almost all their players available. They remain top of the standings having won their last nine Premier League matches.

The Citizens were once again in rampant mood in their Boxing Day fixture with a 6-3 victory over Leicester City. They were given a scare after racing to a four-goal lead but late efforts from Aymeric Laporte and Raheem Sterling sealed the win.

One impressive thing for City is that they seem unaffected by their failure to get a striker in the summer. Pep Guardiola’s men are among the leading scorers in the Premier League this season and have found the net 14 times in their last three matches.

Manchester City are considered overwhelming favourites among the bookies at 2/11 with Sport Nation. Brentford are outsiders at home at 19/1 with SBK, who are also offering 37/5 for a draw.

This will be the first ever Premier League meeting between Brentford and Manchester City.

Brentford will be looking to Bryan Mbeumo and Ivan Toney to carry the threat in attack with both men combining for seven goals this season. SBK has Mbeumo at 39/5 to score anytime while betway is offering 5/1 on Ivan Toney in the same market.

Raheem Sterling appears to be slowly returning to his best form and netted a brace last time out against Leicester City. The forward has also found the net in his last two away matches and is priced at 13/10 by Skybet to score anytime on Wednesday.

Manchester City have claimed a string of comfortable victories in their recent away matches and could be tipped in the -2 handicap market at 6/4 with betfair. The champions have seen over 3.5 goals in their last two Premier League away matches and a similar outcome is priced at 11/8 with BetVictor.

The Citizens have scored in both halves in their last two Premier League away matches and could be set for a repeat at 8/11 BoyleSports.

This English Premier League match between Brentford and Manchester City will be played on Dec 29, 2021 and kick off at 20:15. Check below for our tipsters best Brentford vs Manchester City prediction. You may also visit our dedicated betting previews section for the most up to date previews.